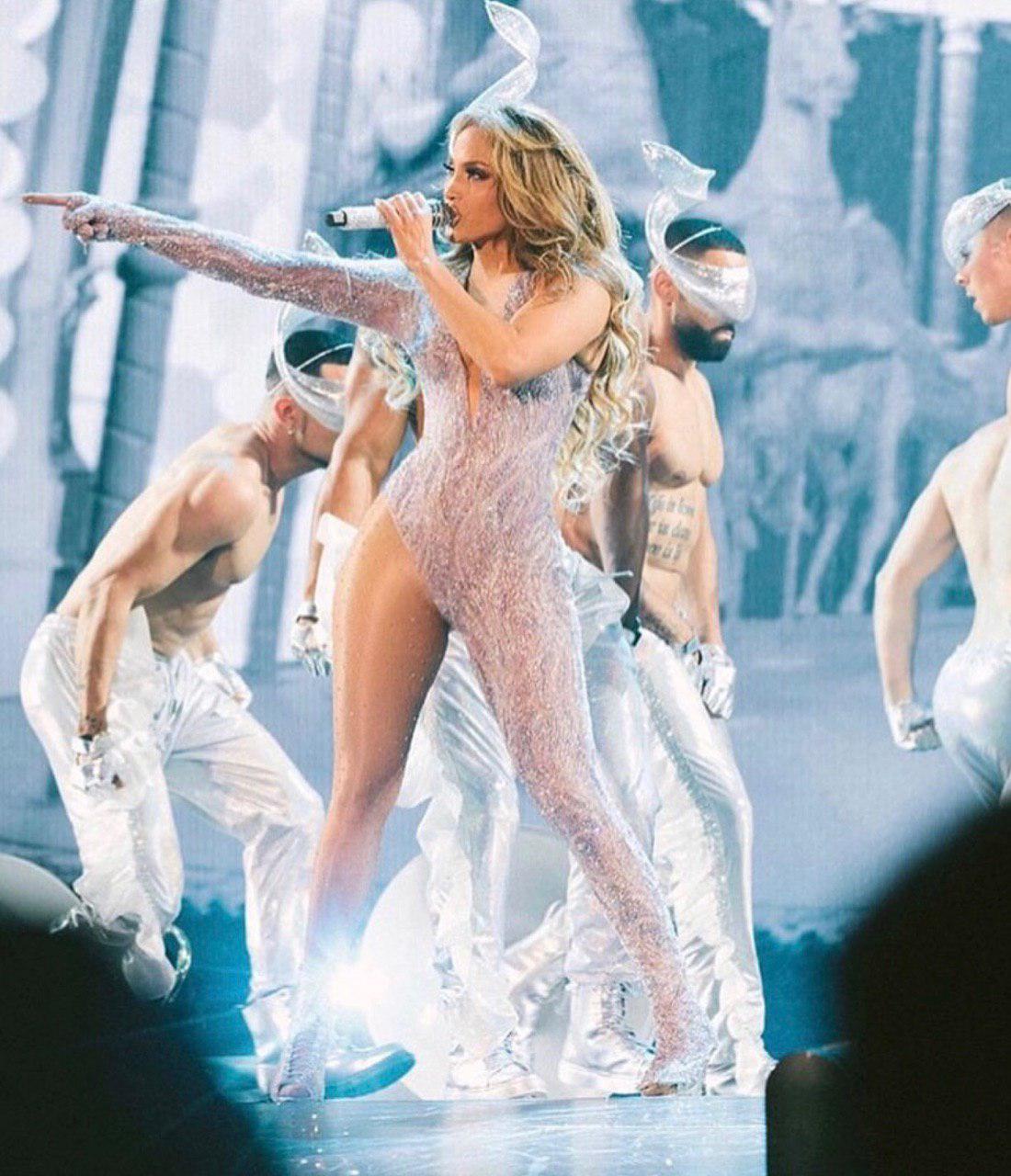 Whether she's preparing for a show or working on a film, Jennifer Lopez never goes out of style. Her signature: all about glamour!

In the set of her newest romantic comedy film, "Marry Me," Jennifer Lopez showed off how art can be an imitation of life. Set in New York, themovie promises to bring back all the chills in romance.

Lopez, along with Maluma and Owen Wilson, was shooting a scene where they all have the best memories in real life -- the red carpet. Who would believe she's already 50? The pop diva, who embodied her character so well, wore a dazzling gown for the red carpet premiere in their movie.

It was the kind of gown that she would actually wear on the red carpet.

Living up to the expectations, Jennifer Lopez caught everyone's attention in her sexy silver custom-made Michael Costello gown. Her luxe sequin embellishments looked perfect with the striking one-shoulder cut. The naked back perfectly completed the appearance as well.

What's not surprising at all is that the revealing gown made her go braless (yet again!). She looked absolutely stunning with the dress, highlighting her legendary curves. The slit is so high it revealed her well-toned dancer's legs.

The pair of sky-high heels from Tom Ford gave her the perfect stature the dress required. The Selena star accentuated everything with a light but brilliant style of makeup. Her hair was tightly packed back into a bun.

As she would in a real red carpet scenario, Jennifer emerged from the car with a beautiful smile as she was assisted by a man in a suit out into the curb. In between takes, though, Jennifer Lopez takes on a whole different character. She was seen walking around in a robe with a coffee cup in her hands.

Lopez was also seen goofing around with Owen Wilson. The two seemed like they are really enjoying each other's company. Their chemistry will really show on the screen and everyone is going to love it. They were seen chatting in between takes, and their chemistry will certainly be something to watch in "Marry Me."

The stars were enjoying the filming of the movie and so the audience can enjoy it as much.

The film is based on a webcomic by Bobby Crosby, where a desperate pop star takes the offer of a fan who holds a sign "Marry Me." This romantic comedy film will be added to the long list of romcoms Jennifer has done, including "Maid in Manhattan." All the movies were a big hit and this new one would be just like all the rest.

Lopez is already receiving positive buzz on a possible Oscar for her new stripper drama "Hustlers," as she plays the leading lady.

If anything though, fifty never looked this stunning!