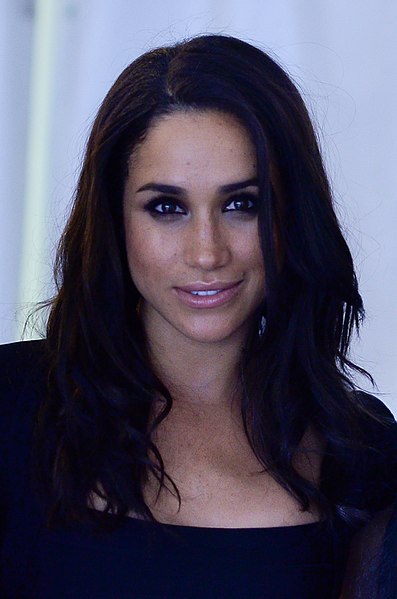 Who is Meghan Markle? To everyone who has watched the documentary on ITV about her trip to Africa with husband Prince Harry and son, Archie, she is known to be that wounded woman that the British tabloids bully.

However, who was she before all the drama on the news?

The Duchess of Sussex was an image of a woman who only wants to live happily ever after with her prince. But in the exclusive interview with ITV's Bradby, Meghan revealed that she isn't completely happy. She pointed out the "stress" that came with the British press and hinted at the challenging aspects of being part of the royal family.

Meghan of the Royal Family

Meghan Markle has been hit by the tabloid headlines since she married Prince Harry in 2018. The eyes of the press have always been focused on her and her husband.

This new mom confessed that it has been a difficult first year of marriage for them. She further revealed that no one in the royal family has even asked how she feels about things.

The royal family have yet to give a statement concerning the points Meghan revealed about royal life. Some reports have surface, however, saying the royal family felt disgraced about her revelations. Rumors also revealed that Prince William thought Meghan has put the family in a bad light.

Meghan and the British Tabloids

Katie Hind, showbusiness editor for a media enterprise in the U.K., revealed that Meghan Markle's publicist had begged her to meet the actress -- even before Markle dated Prince Harry. She further revealed that before the meeting, she knew nothing of Suits nor heard of Meghan Markle.

It was on a fateful night of November 2013 when Meghan would reveal how determined she was to raise her profile in the U.K. -- even if it meant to be introduced in an 80-word piece at the end of Hind's weekly column.

Their first meeting was so well that she even confided in her about what she thought of her going out with Ashley Cole -- a football player.

They ended the night with a hug and all was well.

Meghan and her popularity plans

Is the media attention that Markle is getting part of a plan?

"She looked so eager to be my friend," Hind said of Markle during their first meeting.

Katie also revealed that she is used to having publicists invite her for a drink to meet their "new client." Usually, she would meet a desperado who was determined to get their 15 minutes of fame. However, Meghan was not one to give up too soon.

Clearly, networking was something that Meghan Markle excelled at. The reporter further claimed that no one would notice what Meghan was doing primarily because she was doing it finely like art.

What has happened to her since then? Why is she all over the news crying about being in the press?

That night in a rooftop bar in London, Meghan Markle was able to secure herself a page on a national newspaper. Today, she's getting all the attention for being the Duchess of Sussex.

Is she no longer interested in the fame that Meghan Markle once craved for?