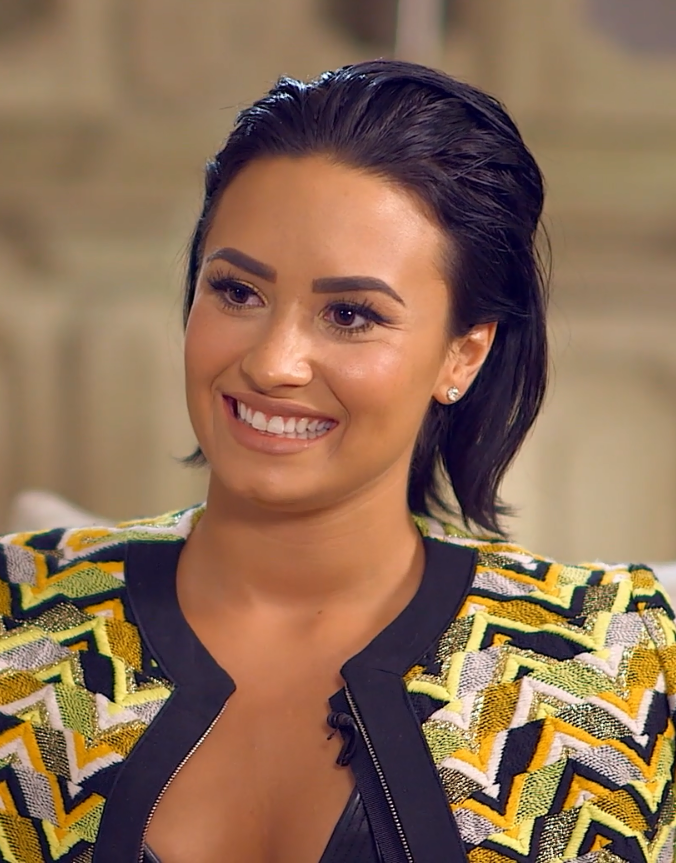 It would seem that the fire that the whole world saw between "Confident" singer Demi Lovato and "The Bachelorette" star Mike Johnson is over!

These two lovebirds were reportedly neither texting nor talking to each other like they used to a month ago.

As per an E! News report, the 27-year-old apparently had a crush in the handsome star. However, the interest may have lasted only for a short-time. This was also confirmed by the news outfit's insider, who said that the pop star did not have any plans to date Mike seriously.

Mike, on the other hand, is said to be looking forward to reconnect with Demi but is contented with being friendly with her in the meantime.

So what happened? No one knows actually.

Some speculate that the trigger may have been the controversial interview of Mike with Keke Palmer. In one episode of Strahan, Sara & Keke, Mike was answering a question about Demi but was quick to divert it towards Keke, whom he asked if they could go out on a date.

The Kiss and Tell

Since news erupted that Lovato and Johnson are no longer seeing each other like they used to, speculations abound. Is it possible perhaps that the "kiss and tell" Mike didn't sit well with the singer?

Johnson once openly described the kissing abilities of Lovato and said that she was good. Although he didn't elaborate, one could just imagine what he meant.

Aside from someone who "kisses really well," Johnson also described Lovato as the aggressor. He also had no qualms saying that he loves her character. There was also a point that Johnson claimed he wanted to be private about his relationships.

Confused? No doubt about it.

With these series of statements, it can become hard to pinpoint what Johnson's stand really is.

Who Made the First Move?

Lovato was very open about having a crush on Johnson. The singer immediately gave a reaction when "The Bachelorette" contestant was sent home. One could recall that when Mike was asked regarding Demi right after he was out of the contest, he said that he "would definitely take her out for an initial date."

Remember the famous Lovato tweet, "Mike I accept your rose" which became a hot trending topic? Perhaps, that was the start of their one-month romance.

So who really made the first move? Maybe it was Lovato, after all.