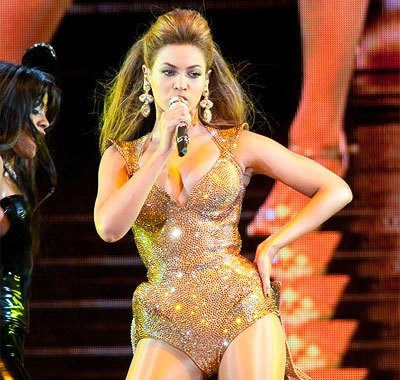 Beyonce's documentary is on Netflix, and everyone is in awe of how the singer transformed into the woman that she is today.

Everyone who has seen it is celebrating the womanhood of Beyonce. In fact, her documentary is inspiring women all over the world as it sends out a positive message: Women can be who they want to be.

Chelsea Clinton, 39, was moved by Beyonce's Netflix documentary too, but she didn't mince her words when she spoke of what she thought about Jay-Z's reaction to the documentary featuring his wife

The former first daughter told The Cut about how lame she thought the rapper's reaction is to his wife's weight loss postpartum. She believes that he could have said his opinion about it with a little bit more enthusiasm.

She was serious about her opinion. Chelsea talked to her husband, Marc Mezvinsky, about how she felt about it. She emphasized to her husband that if it were her with that much weight loss, Marc better be ready with an enthusiastic response.

Chelsea told The Cut that she was not really particular with the words that the rapper used.

"I'm so proud of you. That's amazing!" Jay-z told Beyonce when asked about his reaction to her postpartum body.

Chelsea argued that it is the lack of enthusiasm in his tone that made her say that maybe he isn't proud of what Beyonce has achieved. A woman who has worked her mind, heart, body and soul to get to that safe place should be honored in more ways than one.

Chelsea added that every woman who has seen the documentary would agree with her.

"Homecoming" is a documentary about Beyonce's preparation for her highly-anticipated performance at the 2018 Coachella music festival.

A scene in the documentary showed how Beyonce was so happy to fit into her pre-birth costume for the performance. She was too excited to share it with her husband, Jay-Z. She called to tell him about it and the rapper merely responded, "All right."

The "Crazy In Love" singer responded with disappointment in her voice, "All right, I just had to share."

Beyonce had been working so hard to shed off all the weight she gained during the pregnancy. Every woman knows the struggle. And perhaps every woman wishes their husbands would show a little bit more enthusiasm to cheer them on. The Queen, Beyonce, is just like any other.