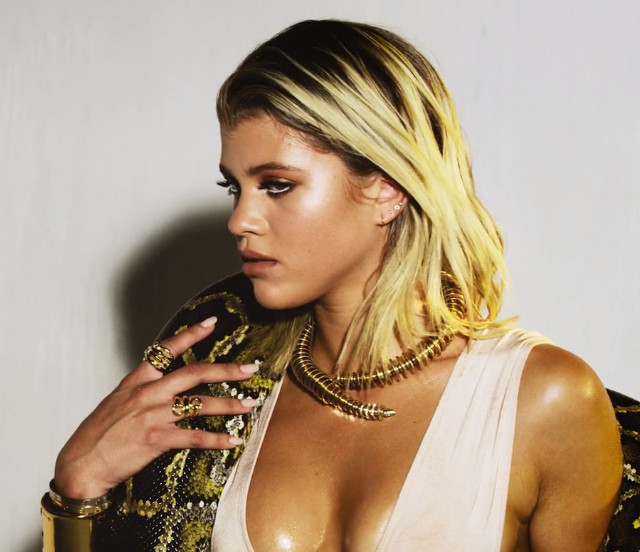 While thousands of residents were evacuating due to the fast-moving wildfires in Los Angeles, reality star Sofia Richie was absorbed with flexing her styled hair's messy bun.

CBS News reported that a major wind event is expected in California Tuesday night through Wednesday morning, which could set new fires ablaze and hamper the ongoing suppression efforts in California.

Los Angeles Mayor Eric Garcetti described it as the "most significant wind event in Los Angeles of the year." In line with the advent of heavy winds, Pacific Gas & Electric warned it could conduct its third power cut in less than a week, leaving an estimate of 4 million people with no power supply.

In the midst of all these happenings, model and TV personality Sofia Richie decided to have an outdoor fashion shoot. She even pointed out the effects of smoky winds to her styled hair.

The 21-year-old posted a couple of pictures on Instagram with the caption: "Santa Ana winds- messy bun."

While it seemed to be an innocent update that wasn't meant to imply anything negative, her followers were quick to point out how the pictures came out as insensitive to the real danger surrounding the area. As some of her fans comment praises on her outfit and look, some can't help but slam her and show their disapproval.

"And fires. Don't forget the fires," said one commenter.

"200,000 people evacuated and 2 million people without power but okay go ahead flex?? could u be any more insensitive," wrote another angry follower.

According to the agency's estimate, the fire will tentatively be contained by November 7. However, spokesman Jonathan Cox admitted that it could take "weeks if not months" to extinguish the flames entirely.

Celebrities such as LeBron James and Arnold Schwarzenegger were forced to evacuate due to the wildfires.

On a tweet Monday morning, the basketball star shared that he had to evacuate his home and was driving around to find a place with his family. He later updated his followers, saying he finally found a safe place after trying three hotels.

Schwarzenegger's red carpet premiere for "Terminator: Dark Fate" was completely canceled Monday night. Paramount Pictures said that the foods intended for the after-party would be donated instead to American Red Cross centers to help the residents affected by the fire.