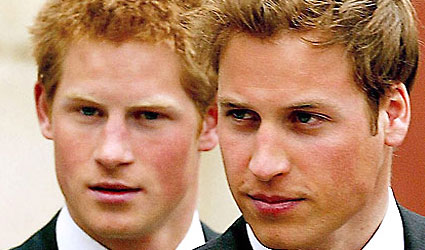 News about Prince William, Prince Harry rift have saddened royal fans as the two brothers were known to be very close. Even as Prince William married Kate Middleton, Prince Harry also became accustomed to having her sister-in-law around. But is the rift really just recent? Or already happening through the years?

The trio was often photographed together sharing light and happy moments. But all of those times are but fleeting moments of what used to be. Prince Harry recently revealed in the South Africa documentary aired on ITV that he and Prince William are now on different paths, Express UK reported.

It should be noted that before Prince Harry married Meghan Markle, Prince William shared nothing but excitement and happiness, noting "very exciting times" ahead for his brother and wished them "happiness and success in planning their wedding."

However, Prince William did recount a major pet peeve he had of Prince Harry. William casually said that he personally hoped Harry will stay out of his fridge now that he is married. Harry used to live near Kensington Palace.

Royal fans who are concerned over Prince William, Prince Harry rift could rest easy because there are no serious fights going on between the royal brother.

Town and Country mag reported that the press may have exaggerated the reality of their situation.

Prince Harry revealed that there are "good days and bad days" between them brothers and they do not see each other as much as they used to, but only because they are both busy.

Prince Harry understands why: "He is going to be king and his future is being mapped out." Meanwhile, Harry is focused on life as a newlywed and a first-time father.

According to Express UK, the royal brothers may get the chance to bond over sports. Buckingham Palace announced that the Duke of Sussex will visit Japan over the weekend to attend the 2019 Rugby World Cup Final between England and South Africa.

Rumor has it that his older brother, the Duke of Cambridge may also attend the same event. It is widely known that Prince William is a Patron of the Wales National Rugby team and Prince Harry is also a Patron of the Rugby Football Union.

The Duchess of Sussex and the Duchess of Cambridge may not be attending the event. Kate is also said to be reaching out to Meghan and giving her advice.