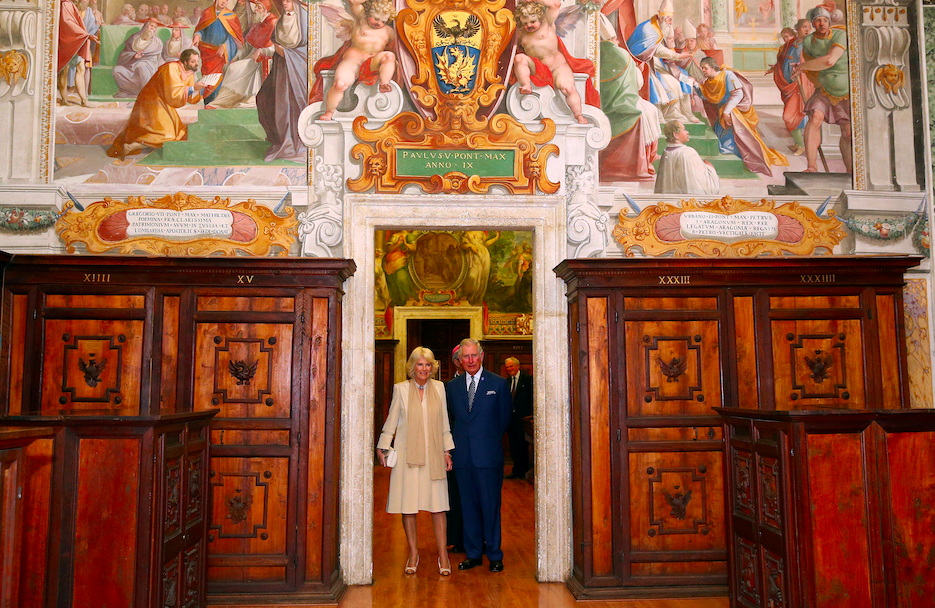 British media is currently switching their focus from the Duke and Duchess of Sussex to the Prince of Wales.

Prince Charles and his charity have been caught up in a royally big scandal over alleged counterfeit artworks worth around $130 million.

During the weekend, U.K. tabloids like The Daily Mail and The Sun reported that the Prince was "royally robbed."

The Salvador Dali, Claude Monet and Pablo Picasso paintings were loaned to Dumfries House. It is the headquarters of the Prince's Foundation.

However, reports revealed that the paintings were believed to be forgeries of the original works.

Tony Tetro, the notorious American art forger, served prison time for faking masterpieces in the 1970s and 1980s. He claims to have created the works, including the Monet painting of water lilies valued at $60 million, Picasso painting valued at $55 million and Dali painting valued at $16 million.

Tetro has bragged about his 40-year career copying works "by old and contemporary masters in every genre." In an email he sent to USA Today, he wrote, "I don't paint copies. I make original compositions in the style and technique of famous painters."

He claimed that he painted the artworks for a British businessman, Stunt, best known for his bitter billion-dollar divorce battle with his ex and Formula One heiress, Petra Ecclestone.

Stunt allegedly paid him with paintings by 18th-century British master artist, Sir Joshua Reynolds, because it was easy to pay with paintings than money.

Stunt loaned the paintings to the Prince's charity for ten years. It was reported by Vanity Fair that if an artwork spends time in a property connected to the British royals, they would likely raise the auction value of any artwork.

Stunt faced financial turmoil in the past, including a debt of $5 million to Christie's for a Picasso work. In a bankruptcy court session, he vowed to sell the majority of his art collections.

Tetro told the Daily Mail that the three artworks sold to Stunt were never intended to pass as authentic pieces and made it clear that the bankrupt businessman was well aware that he was commissioning a fraud.

Tetro decided to speak out after he learned about the loan contracts between Stunt and Prince of Wales' charity -- with Stunt reportedly considering selling the fake Monet to repay creditors.

Prince Charles, however, has not been accused of any wrongdoing.

"Dumfries House accepts artwork on loan from time to time from individuals and organizations such as the Scottish National Gallery. It is deplorable that the authenticity of these particular few paintings, which are no longer on display, now appears to be in doubt," a spokesperson for The Prince's foundation said.