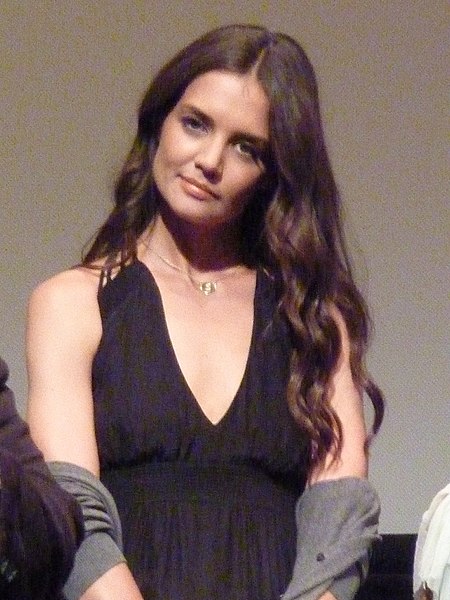 Katie Holmes has remained quiet for years following her split with ex-husband Tom Cruise. However, in her recent interview with ELLE, she finally opened up about not needing him at all.

The star and film director talked about her motherhood and raising her daughter, Suri, alone. All the while, she was trying to deflect anything about her ex-husband, father of her daughter, Scientologist Tom Cruise.

She opened up about how she loved being a mom when she was in her 20s. The now 40-year-old actress said that when she welcomed Suri when she was 27, it was a welcome surprise.

As most people know, Katie has been single-handedly raising Suri, 13, on her own. Since she split up with Cruise in 2012, Katie has taken sole custody of their daughter. Tom, on the other hand, has just stopped visiting their daughter.

"It's been nice that our ages fit... how do I put this? Every age that my child has been and my age at that time has been a good match. We kind of grew up together," Katie shared.

Although neither Tom nor Katie openly talked about their broken relationship and how they are raising their daughter, sources of RadarOnline said that Tom is given 10 days each month to see his daughter. Apparently, he chooses not to avail.

Sam Domingo, former Scientologist, said that Tom Cruise confided to him and said that he does not think that Suri is really his. He believes that children are just thetans kept in small bodies.

In her interview with ELLE, Katie Holmes refuses to get into that drama. She claimed that she is happy with her little family and emphasized she is contented where she is and what is happening in her career.

Holmes also revealed that in the years that she has taken care of her daughter on her own, she has outgrown herself. In her words, "We don't need him." She was determined to raise Suri on her own, even without Tom's help or financial support.

"It's really homey. I have a lot of pictures. I like vintage art from flea markets. Because we're in New York, I want our apartment to be very cozy and soft - the city around us is so intense and hard. So that's our style. And a lot of colors," Holmes added.

Further in the conversation, Katie talked about her fears as a mother. She is worried about how Suri would grow up in such a dangerous time. There is just so much hate that the mom of one is terrified how her daughter would become.

Holmes is currently working on directing her second film. The first one, "All We Had," was successful that she is determined to make the second one as good, if not better.

Her most recent relationship was with Jamie Foxx. Unfortunately, they broke off after six years of dating.