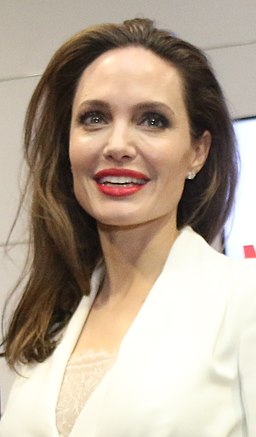 Angelina Jolie has kind but empowering words for women who suffered abuse -- be it sexual, physical and mental.

The "Maleficent" actress graced a couple of interviews with Harpers Baaar where she openly talked about the struggles of many women across the world.

With her words, we hope abused women will find strength and courage.

It is the hope of abused women that someone would find out about their struggles and help shed light in their darkness. Jolie understands that for many women worldwide, freedom is simply not an option.

There are communities, families and government institutions that put up restrictions for women to be free. Known for her humanitarian works, Jolie has been exposed to the oppression many women face.

Jolie also cited the book "No Visible Bruises," which unveiled the fact 2000-2006 was the period when the number of American women who died from domestic homicide exceeded that of American soldiers who died on the battlefield.

"Across the world, the most dangerous place for today's women is the home," revealed Jolie.

The 44-year-old actress cited countries where it is legal to commit violence against a family member. In over 10 countries, perpetrators of rape could get away with their crime by marrying the victim.

"This is not just the way the world is," revealed Jolie as she discouraged passivity along with awareness. "It is a monstrous out-of-balance."

"If we have freedom, we must FIGHT FOR OTHERS WHO DON'T"

Strengthening the Women of Today

Jolie envisions 2020 to be like a jubilee year for many of these women.

"Be who you are regardless of whatever it is disrupting your ability to be free," she saiid while adding that it is vital to "identify what is blocking you from breathing and fight past oppression."

The mom-of-six also opened up about how her children are helping her find her true self again. She shared about how "the part of us that is free can get shut down by pain or harm."

It is with great understanding that Jolie has these words for us: "A fully lived life is very hard, even impossible for many women for what they are up against."

Jolie learned to make conscious efforts everyday to speak and make her own choices. Now she is encouraging other women to not be cmfotable with what is generally accepted, noting for others to "find your oxygen" and say what they have been afraid to say in the past.