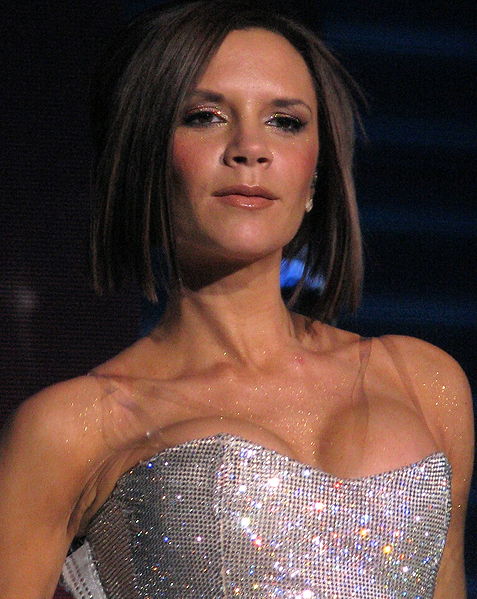 Who does not love to dress down on Fridays? Casual Fridays have become an opportunity to look into what others have in their closets. Whether it is that designer steal or a fabulous Hawaiian inspired shirt one bought during a vacation, Fridays have a kind of dress code that sparks a different kind of joy.

However, when Friday came, Victoria Beckham simply could not care about the casual Friday memo. She arrived at the Gare du Nord on Friday morning to attend the Vogue Fashion Festival looking as classy as ever.

Victoria delivered her own take on what it means to power dress for work. The ensemble looked like it is on-trend, but still perfect for the boardroom meeting too.

Beckham was dressed in a gray two-piece with a gold chain belt. One of the trendiest pieces in her Spring 2020 collection.

The suit came with a pussy bow shirt with handwritten prints all over. To top it off, she put a crimson corsage on the neckline. Finally, the purple pumps match the Hermes Birkin gave her artsy look with the right dash of femininity.

It is not like she does not look good in anything she wears, but Victoria Beckham has raised the bar for casual Fridays fashion. And because she regularly sports the look of the new pieces in her latest collection, Victoria remains to be the best billboard for her fashion pieces.

Her look on Friday speaks of the strong, independent woman that she is. Why would you put on that power look like the weekend approaches? She put her best executive foot forward and she really means business.

In an interview back in 2015, Victoria Beckham answered 73 questions, including one that defines her personal style. She reasoned that her singular approach to styling defines how she sees herself as a woman. She was asked, back then, why she rarely smiles for the camera and she simply replied, "I am smiling from inside."

Victoria Beckham also expressed that she felt that she had a responsibility to the fashion community. She likes power dressing even up to nine in the evening on Fridays, too. It is not like she feels it is a burden, because she emphasized that she would not have it any other way.

In the event, Victoria spoke of Feminism. She said that she talked about girl power with her group the Spice Girls back when she was only 19. Beckham believes that feminism is about embracing who you are.

In her words, "It is okay if you are a little bit different and I suppose that is what feminism is all about."

Victoria also admitted that she is a feminist, but she believes that whether it is a man or a woman, there is always a person who is best for the job. She did admit, however, that most of the senior management positions in her company are all taken by women.

"So maybe girls are better than boys," Victoria Beckham said.