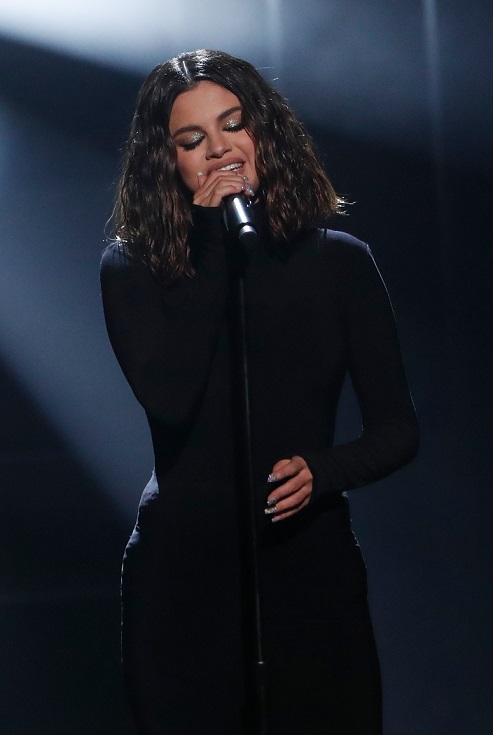 Who else could better open the American Music Awards 2019 than the girl who is making a big comeback?

Selena Gomez made a triumphant return after two years of hiatus from live performances, and she was perfect. She performed her most vulnerable ballad to date "Lose You to Love Me" and an upbeat single "Look At Her Now".

Gomez was all wrapped in a turtleneck black dress as she kicked off the world premiere of the AMA then later changed into a sparkly leotard and knee-high boots for her second performance. Her fans are happy to see her back on stage looking stronger than ever.

Selena Gomez Is Back

"Feels good to be back," Selena captioned on Instagram of photo of her on the event. She was wearing a lime green cocktail dress with shoes of the same color. Gomez looked happy taking photos with fans as she walked down the red carpet.

On the same post, she thanked her entire team and the fans who stood by her through everything. She further expressed how excited she is for this new chapter in her life. The 27-yearr-old hitmaker offered her success to all those who support her.

View this post on Instagram
Feels good to be back. Thank you to my entire team and to my fans that stand by me. All of this is for you and because of you. excited for this chapter #sg2 @amas A post shared by  Selena Gomez (@selenagomez) on Nov 24, 2019 at 6:30pm PST

Selena Gomez hasn't released a solo album since "Revival" in 2015. Her fans are clamoring for new music from the artist, and she finally gave in.

In late October, she surprised her fans with the release of "Lose You To Love Me" and a day after she released the single "Look At Her Now." Both breakup songs instantly became a hit. They were rumored to be inspired by Selena's on and off relationship with singer-songwriter Justin Bieber.

Selena Gomez Has Moved On

"Lose You To Love Me" became no. 1 at the Billboard Hot 100 Chart after getting 38.8 million streams in the U.S. alone during the first week of its release. This is Selena Gomez's first No. 1 hit!

Selena quickly took it to social media and wrote: "My first number 1!!!" She then expressed how close the song is to her heart.

After that, Selena revealed that she has been working to make her album as honest and as fun as possible. "I remain vulnerable, but I want to share where I am in life, right now," the singer added.

It has been more than two years since she was last seen on a live performance. Selena who is suffering from lupus had to undergo a kidney transplant in 2017. She has since taken a bit of time off to work on getting better.

Now that she feels healthier and stronger than ever, Gomez is roaring back in the music scene with two new hit songs to start.

Fans and fellow artists are cheering her on and Selena could not be more thankful. Spotted dancing along with her as she performed her upbeat song was Halsey and Taylor Swift.

© 2020 ENSTARS, All rights reserved. Do not reproduce without permission.
TAGSSelena Gomez lose you to love me look at her now AMA 2019 AMAs 2019
SEE COMMENT
CLOSE COMMENT