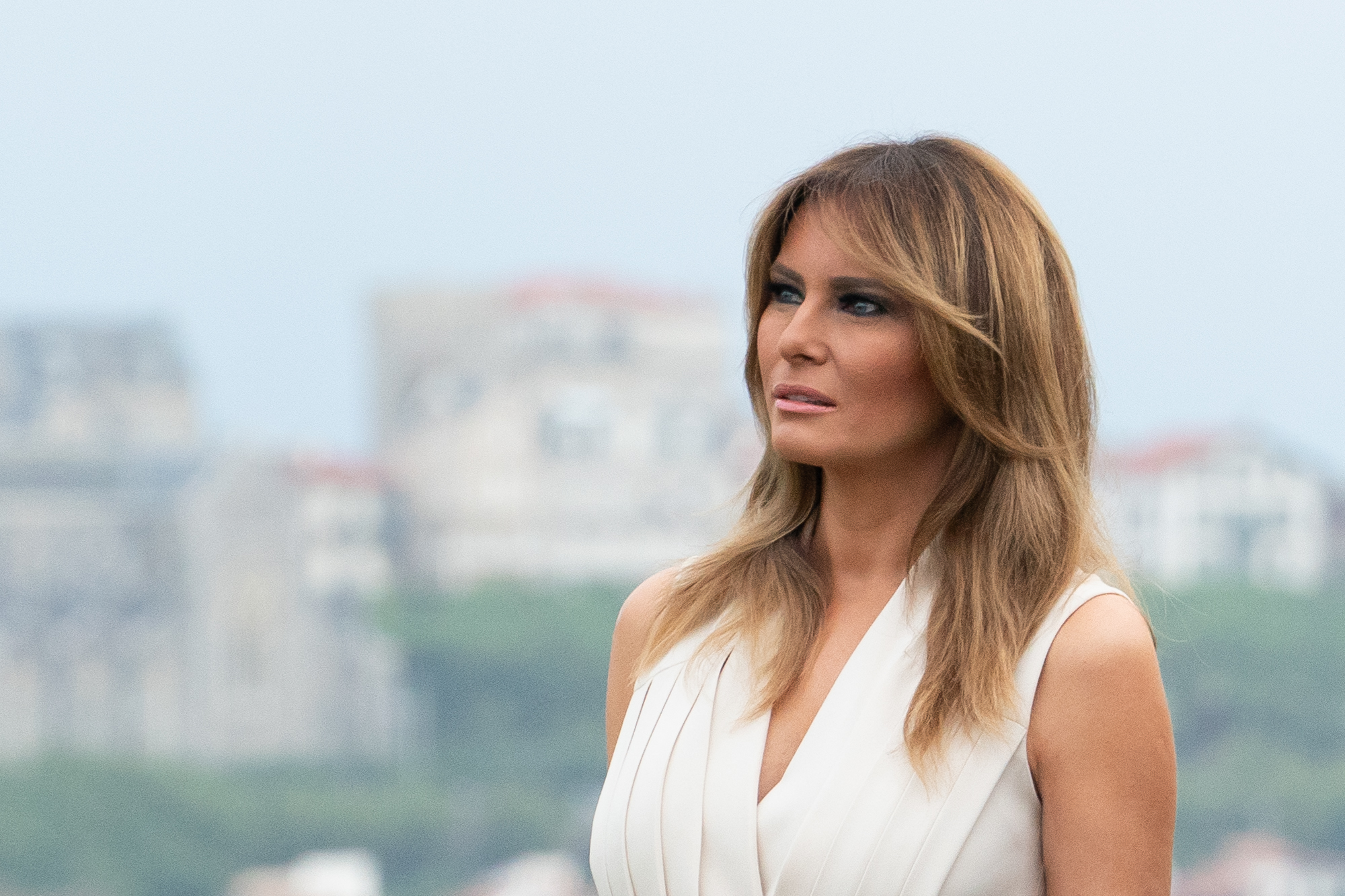 Last year's Christmas decorations earned Melania Trump a number of criticisms. The First Lady's bold choice in color has raised some eyebrows, but it looks like she has learned her lesson.

For 2019, Melania opted for something more traditional, patriotic and bright. This year's decorations are predominantly white and bright. She unveiled their Christmas theme in a moment of ceremony amidst the controversial conflict between President Donald Trump and some members of the US Congress.

Melania, on Monday, posted a video showing off the decorations on a tour of the White House. She highlighted the gold and white trees and what looked like a garden of flowers all in white. Then, the 49-year-old former fashion model showed a mini replica of the White House adorned with beautiful, tiny wreaths.

View this post on Instagram
"The Spirit of America" is shining in the @whitehouse! I am delighted to share this beautiful exhibit of patriotism for all to see, and excited for everyone to experience the beauty of the #Christmas season!A post shared by First Lady Melania Trump (@flotus) on Dec 1, 2019 at 8:08pm PST

This year's Christmas theme is entitled, "The Spirit of America." In the video, Mrs. Trump can be seen walking down the decked out halls looking with sincere admiration of the decors that were put up by volunteers. Everyone is invited to come and see the decorations for themselves, as the White House is open to the public for the month of December.

A White Christmas At The White House

"The Spirit of America is shining in the White House," Melania tweeted.

This year's decor came with a strong message to send. The trees were adorned with ornaments that shout out the first lady's "Be Best" initiative. There were several Christmas trees that were specifically designed for children. There is even a tree adorned with board-games-inspired decor with scrabble letters that spell out "Be Best."

There were also domino tiles, dice and playing cards.

These decorations were inspired by the first lady's children's welfare initiative. The program she pushed for last year focused on opioid addiction and cyberbullying. Some of the trees included the "Be Best" bulbs while several wreaths made out of "Be Best" pencils were also on display.

Moreover, this year's White House Christmas decorations honor those who have helped shape America to the home that it is to a lot of people. Melania Trump shared that her travels across the country have inspired her to come up with this year's holiday decor. Their hard work is deeply rooted in values and traditions shaped by the history of the great nation.

Melania then extended her heartfelt gratitude to all those who helped put up the White House decorations. She called the monumental structure as the "People's House."

A Disastrous Christmas in Red

Everything that goes on in the Trump White House drew criticism, and last year's Christmas decorations did not escape. It drew very strong criticism from several online users, most of them comparing the all-red Christmas tree designs to the horror film "The Shining."

The 2018 Christmas theme came under the title, "American Treasures," which included the crimson evergreens. The critics compared it to "The Handmaid's Tale." They further added that the decors were parallel to President's conservative politics and an expression of his misogynistic dystopia.

Shortly after the backlash last year, Melania Trump was quick to respond to criticism saying "everybody has a different taste."

With a more traditional bright and white decorative theme this year, people could only assume that Melania has learned her lesson. On Monday, President Trump took the time to retweet his wife's video in a show of support.

READ MORE: Queen Elizabeth II Preparing For Donald Trump Visit: Who Will Be There?