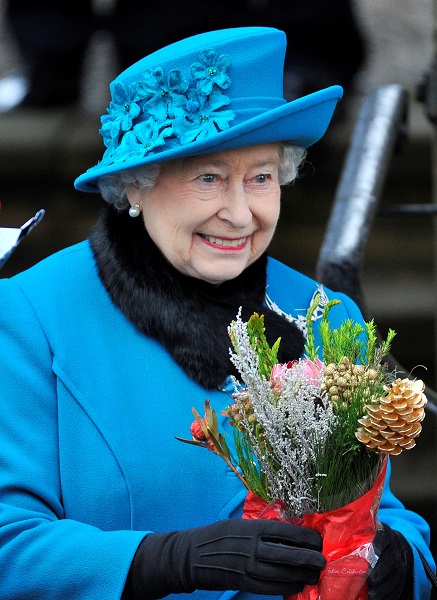 December will be a rather busy month for the Queen, as U.S. President Donald Trump and First Lady Melania Trump will be coming back to the palace.

Another royal reception to welcome the leader from the US and his entourage is to be hosted by the Queen. However, who else is invited?

The Trumps' first official visit to the U.K. happened only six months ago, but the two will be back for a meeting with the leaders of NATO near London. Alongside will be another visit to her Royal Highness Queen Elizabeth.

The White House has confirmed that the Trumps would be on an official state visit to the United Kingdom from December 2 until December 4, 2019.

The Trumps in the U.K.

In June, President Trump, the first lady and their large security entourage came to the U.K. for a state visit and were welcomed by protesters. They attended the 75th anniversary of the D-Day landings.

Back then, the POTUS and his four children shared a dinner banquet with the other members of the royal family at Buckingham Palace hosted by Queen Elizabeth. It remains unclear if the children of Trump will be joining them or who among the royals will be there.

Ivanka Trump, the president's oldest child, and her husband, Jared Kushner, work as senior aides in the White House. His two sons, Donald Trump Jr. and Eric Trump, both run the family business while their youngest daughter Tiffany Trump is still in law school.

Barron Trump, the youngest son of the President of the United States, still lives in their home.

Thousands of dissenters welcomed Trump in June, and an earlier visit that he made in 2018 drew even more. This visit in December may not be any different.

Another large-scale demonstration like what Trump saw in his other two visits is expected.

The White House has confirmed that the visit of Donald Trump in the U.K. in December is to celebrate NATO as "one of the most successful alliances" in history -- even though Trump has been noted to be skeptic about the alliance that brought most of the European countries closer to the U.S. and Canada.

Historically, the organization was formed a little after World War II ended and right during the beginning of the cold war with the Soviet Union.

Decades after it was established, NATO remains to be the strongest countervailing force against Russia. However, despite the strong bond that was built through time, Donald Trump has been vocal about the bias in the organization and has said that the U.S. is shouldering most of the financial burden that it comes with

Trump compared it to the efforts exerted by the other member countries.

During last year's NATO meeting in Belgium, Trump bluntly called out their European Allies and threatened to pull America out of the organization. Over dinner, he accused them of scrimping on defense and that the U.S. is spending more than the others.

President Trump will be back in the U.K. to meet with the other heads of states of the member countries of NATO. They will be reviewing the unprecedented progress of the organization on sharing the burden of finances, including a possible discussion on the $100 billion dollar increase in the defense budget.