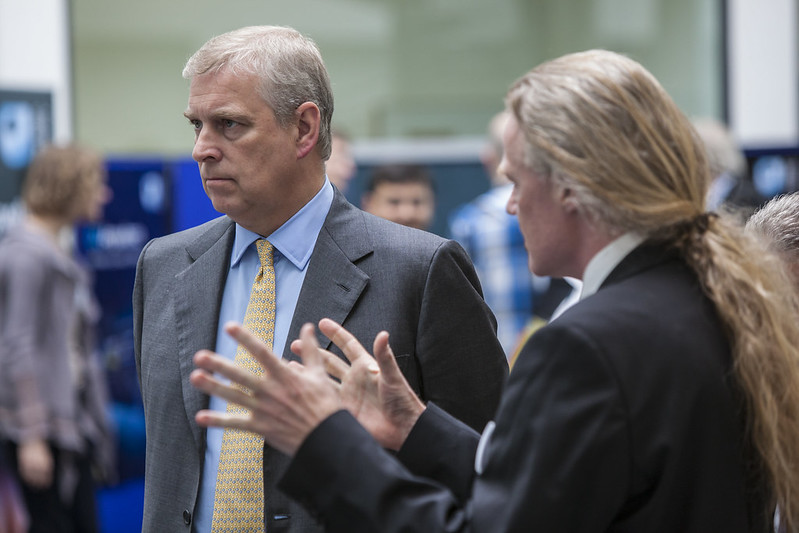 In the now infamous BBC News Night interview that resulted in the Duke of York stepping down from his royal duties, he admitted he "let the side down" when he stayed friends with convicted pedophile Jeffrey Epstein.

Viewers were not convinced that Prince Andrew was remorseful. Now, he is under fire again after it was leaked that the Duke is still in communication with Epstein's ex Ghislaine Maxwell.

The Secret Meeting at Buckingham

It has been revealed that Prince Andrew had invited Maxwell at Buckingham Palace in June. They reportedly met in secret to discuss the sex trafficking scandal that got him and Maxwell involved.

Apparently, the British monarch's son has remained constantly in touch with Maxwell either by phone or email. If the situation had not been so heated, the Duke is said to have met with Maxwell again following the interview.

The FBI is currently investigating Maxwell who filed against her for recruiting minor-aged girls for Epstein.

Furthermore, sources revealed that Andrew and Ghislaine continue to believe that they have done nothing wrong. Moreover, the two have been friends for over 20 years. It is believed they would let nothing get in the way of their friendship.

The Duke is said to have an unswerving loyalty towards Maxwell who in turn is very loyal to the British royal. The two are said to do anything to protect each other.

Accuser Set for an Interview

The pair has been accused in court by Virginia Roberts Giuffre who alleged Prince Andrew coerced her when she was a minor. It is said to have happened in Ghislaine's home which the Duke denied on national TV.

Prince Andrew did not reportedly foresee the fall-out that was to come after his interview. Now, his accuser is ready to tell her side for the world to know.

The Evidences Do Not Lie

In the aftermath of Prince Andrew's BBC Newsnight interview, photo evidences have been leaked showing proof of the royal's lies.

Photos debunked what Prince Andrew said about not sweating, not showing public display of affection, and not going to parties.

The Duke did not get the chance to rule out the photos on TV, but he also could not say the viral photo of him with his arm around teenage Virginia's waist was fake saying, "None could prove it was fake or not."

Emails leaked went back as far as 2015 showing proof that the true-blooded prince asked for information about Virginia Roberts from Maxwell. Yet in the interview, Prince Andrew would go on to say he had "no recollection" whatsoever about ever meeting Roberts-Giuffre.

The email exchange showed Maxwell confirming information she was to say via a phone call. Prince Andrew declined further questions from BBC Panorama regarding the evidences.

However, Royal Communications addressed the programme saying, "The Duke of York unequivocally regrets his ill-judged association with Jeffrey Epstein."

The statement added that Epstein's suicide left unanswered questions and that the Duke would be willing to help the proper law enforcers should an investigation be required.

The royal representative emphasized the fact that the Duke had already stated that "he did not withess, see, or suspect [untoward] behavior that led to Epstein's arrest and conviction."

The Palace backed up on Andrew's statements saying, "Any claim contrary [to the Duke's aforementioned statements] are false and without foundation."