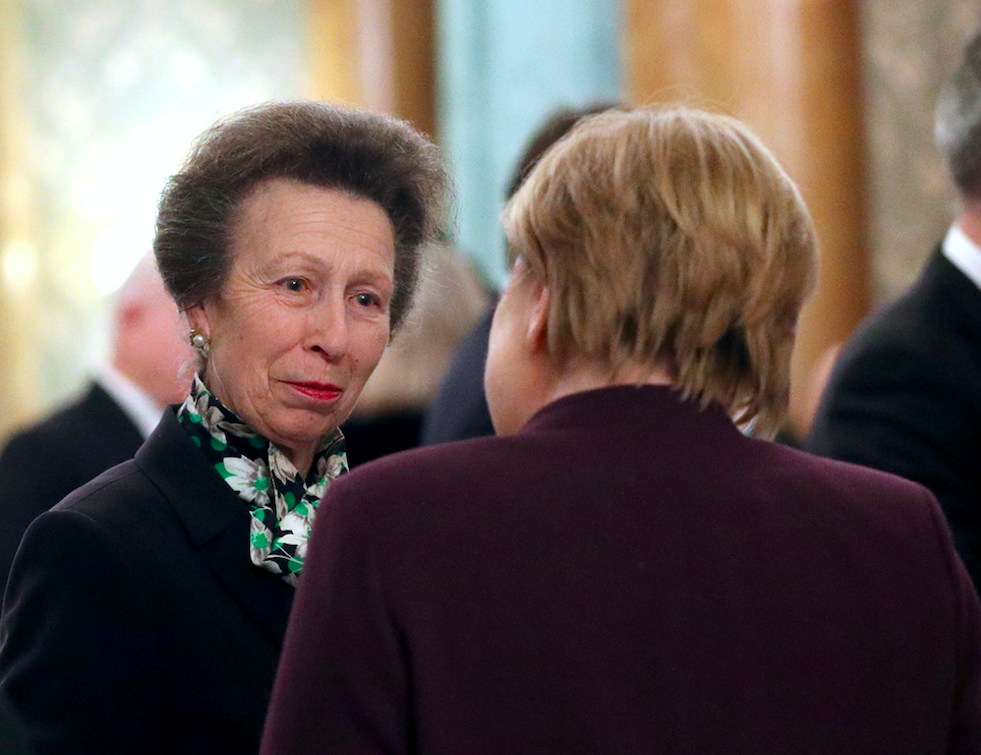 In a real-life episode of Netflix's "The Crown," Princess Anne may have shrugged her mother, the Queen of England, during the NATO Leaders Summit in London.

An exchange between the Queen and her daughter was caught on camera, and the tabloids went nuts.

In the clip, Princess Anne might have snubbed none other than the President of the United States.

The Trumps walk forward to approach the Queen, who was standing next to her eldest son, Prince Charles, and his wife, Camilla. Trump says something to the Queen, who then smiles back, and then he shakes Duchess Camilla's hand. Melania Trump, on the other hand, greets Charles and Camilla.

However, there was a moment that the 69-year-old daughter is seen standing to the side, and when her mother motions to her after shaking hands with Trump, Princess Anne shrugs her shoulders as if to say a booming "Yes, no thanks" to greeting the Trumps herself.

Many fans believed that the oldest monarch was "scolding" her for not joining the group to do the official greeting, to which the Princess laughs.

One tweet said that she's feeling Princess Anne "big time." "Haven't loved her as much as since she won 'It's a Royal Knockout."

Another wrote, "Prince Anne side-eying the Trumps. The Queen scolds her for not being in the royal receiving line, and she shrugs."

David Lammy tweeted, "Princess Anne's shrug when it appears, she is asked by the Queen to greet Donald Trump speaks for the nation."

According to the Daily Mail's body-language expert Judi James, she said that Queen Elizabeth II appeared to "wave" to her daughter to come over and join the conversation, and in response, Princess Anne shrugged.

The expert thought she might have been indicating she could not move until the Trumps have gone ahead.

She said that Anne's open-armed wave to her mother hints she is staying put, which could mean that the Trumps should leave first before she could take her place.

However, U.K. Times journalist Valentine Low, who was there at the Palace, revealed what happened during the viral moment.

"No, she did not snub the Trumps. And she wasn't told off by the Queen. But there wasn't anyone waiting: Trump was the last leader to be received by the Queen."

Low tweeted, "Anne raised her hands in the air and laughed and said, 'It's just me,' adding a moment later 'and this lot' as she pointed to the members of the household behind her."

Princess Anne has been at the forefront of global attention lately, and most of it has to do with her brilliant, relatable and downright sassy portrayal on "The Crown."

While her personality in real life now is a little more subdued these days, it's undeniable she'll always have that sass.