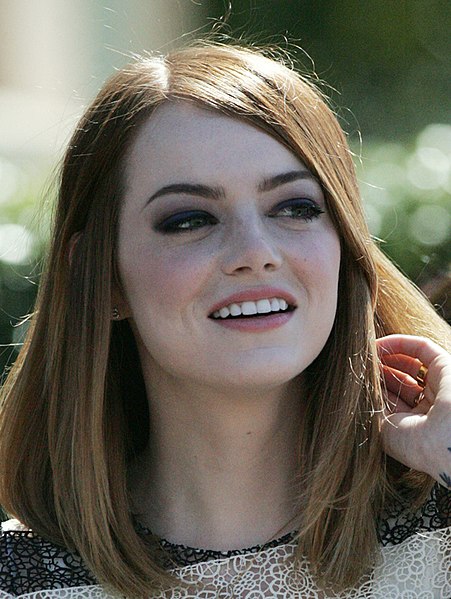 The two were a picture of a lovely couple finally finding happiness in each other. Emma Stone and fiance Dave McCary were seen holding each other's hand as they attended the after-party for "Saturday Night Live."

The actress, 31, and the "Saturday Night Live" segment producer and writer, 34, had their first public appearance as a newly-engaged couple early on Sunday.

The two never looked so happy together. Stone had a big smile on her face while walking hand in hand with Dave. She looked elegantly beautiful in her chic dark coat. The unique but ever so beautiful pearl engagement ring was visibly clear.

McCary, on the other hand, opted for a rather casual ensemble for the party with a denim coat worn over a dark sweater and pants.

Emma Stone And Dave McCary: A Match Made In Heaven

Their love story began when Stone stepped in to host NBC's longest-running variety and comedy show towards the end of 2016. The two also made a collaboration on a tapes sketch that Dave McCary directed entitled "Wells for Boys."

Since then, they have enjoyed each other's company. The people around them were not surprised that the two are finally engaged.

Prior to the announcement they made on social media, the couple has reportedly been talking about more serious things about their relationship. An insider told PEOPLE that the couple is taking serious steps for their future. In fact, they reportedly bought a home together in Malibu over the summer.

People around them describe the Emma and Dave as a "great match." Their creative collaborations in the past are a testament to how good they are when they work together professionally.

Since they became a couple, the two have continued to share ideas about their craft. They supported each other in their endeavors, which makes them really good for each other.

Earlier this week, Emma got engaged to Dave after two years together.

After which, Stone and McCary joined their friends including Amy Schumer in a night out. The comedian, 38, shared a selfie with the newly engaged couple. She captioned the photo, saying that their group of friends love Times Square around Christmas.

The Oscar winner and "SNL" segment director have been seriously dating each other for two years. In October 2017, the two have confirmed their relationship with PEOPLE. A source, at that time, said that Emma and Dave have been dating for three months already.

"Dave is super down to earth," a source close to the couple told PEOPLE. Most of his friends are people he has known since he was a little kid. Hollywood fame has not gotten to him.

The best thing about this young couple is that they share the same desire for adventure. They want to try new things and they want to try it together, the source added. Everyone just wishes them a good long life ahead loving each other.