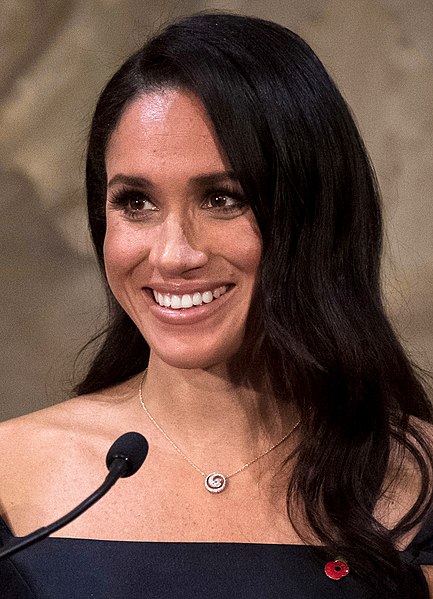 Watching the movie "A Christmas Prince" has become a tradition in itself. The holidays are never complete without another movie from this series.

However, the third installment of the Christmas series from Netflix entitled "A Christmas Prince: The Royal Baby" looks like it was inspired from the real-life situation of Meghan Markle. Does it?

The movie revolves around Amber, a journalist, who met Prince Richard and instantly fell in love. Prince Richard comes from a very imaginative kingdom. Nonetheless, the details around their love affair may not be as fictional at all.

Several elements in the movie, including their marriage and the baby on the way, does not seem like they are all just made up.

Meghan Markle's Life In A Movie

Since the film came out on Netflix early this month, people who have seen it shared their thoughts on the movie through social media. Some say that the storyline is alluding to the real-life situation of Prince Harry and Meghan Markle.

In its most recent release, "A Christmas Prince: The Royal Baby," viewers witnessed how Amber struggled to deal with responsibilities as the new queen -- from entertaining diplomats, dealing with royal visits and more. All these came while she was pregnant with the heir to the throne.

During an interview with Glamour, Rose McIver, the actress playing the role of Amber in the movie series, revealed how she puts herself in character. She admitted that although the role of Amber is not based on her, she looked up to Meghan Markle and her rise to royalty for inspiration.

Rose added that she followed the Duchess of Sussex while the shooting for the film was happening.

"While the royal wedding film came into the picture, I was looking at Meghan and I saw a woman who's bringing in a modern eye to traditions that have not evolved through time," Rose said. She added that the Duchess of Sussex has truly become an inspiration to women like her.

Meghan truly became an inspiration for Rose and the rest of the people behind "A Christmas Prince." In fact, while they were filming the second movie in the series, they were all at the edge of their seats wondering what Meghan would be wearing to her wedding with Prince Harry.

Did They Get The Royal Permission

It may seem like the movie series has been patterned to the real-life activities of the Duke and Duchess of Sussex, but the actors and director of the movie said that it might just be a coincidence. Although they have often talked about Meghan, the storyline is not based on the royal's life.

It was more like a coincidence that they wanted to make a movie about a simple woman who married herself into the royal family and challenges the norms. McIver told Glamour that she did not portray her role as Amber as if she was Markle. Yet, she also admitted that she, like many others, is curious about how things are panning out for the Duke and Duchess.

The final film in the trilogy will revolve around the birth of the royal baby. The characters of Amber and Richard are yet to sign a treaty to declare peace between their kingdom and another. However, when the treaty goes missing, the couple had to go to the extremes to find it all while they are preparing to welcome the royal baby.

Will they find it before the baby comes out? That is for the audience to find out!