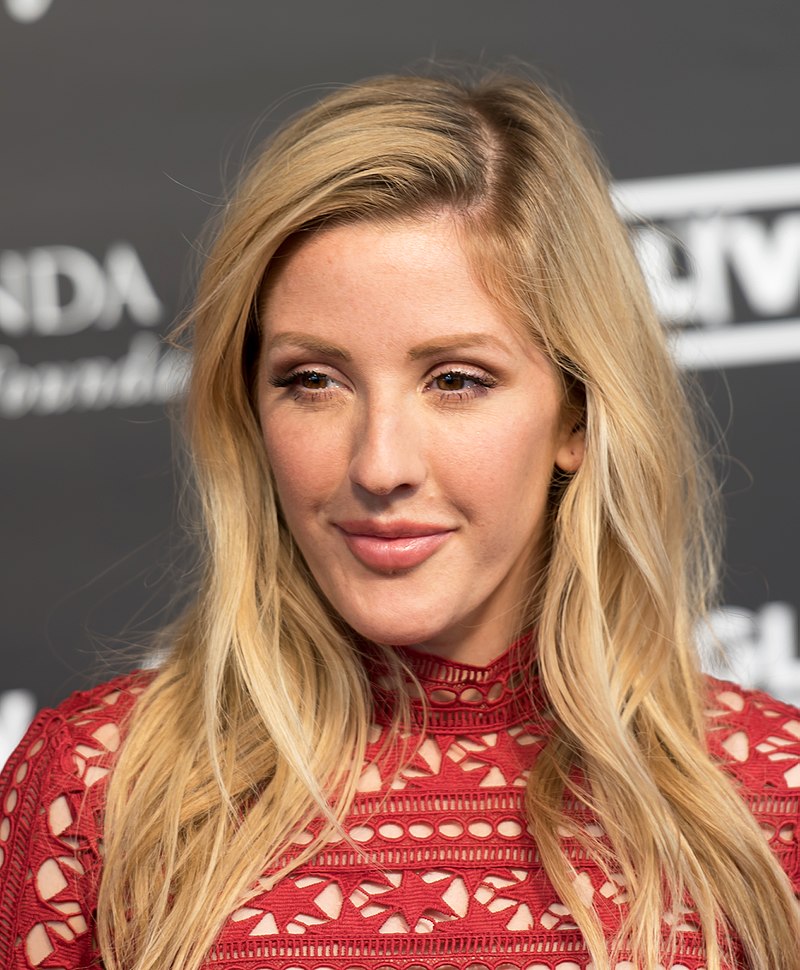 During Saturday's BBC show of "Michael McIntyre's Big Show," the singer was a guest. In a segment called "Send to All," she bravely handed her mobile phone to the show host, who sent a message to all the contacts in her phone pretending to be her.

The "Love Me Like You Do" singer sat nervously, giggling, in the balcony of the London Palladium alongside husband Caspar Jopling -- whom she married in August at York Minister where royal sisters Princess Beatrice and Princess Eugenie were guests.

"This might sound a bit weird, but I'm writing a song all about you. I'd love some help with the lyrics," said the comic, "What do you remember about that unforgettable moment? And if you can make it rhyme even better. Hurry! I'm in the studio right now, and my creative juices are flowing lol x," the text said.

The first reply Ellie got was from his father-in-law, which was a long, emotional message. The next person to reply was Princess Beatrice, who had a special message for her friend.

Ellie then replied that she is a "good friend."

Then the host read the Princess' message.

"My dearest friend, I love so dearly. I feel so lucky; I adore this girl so clearly. From wedding chats to Saturday evening, I adore this lady with every feeling. There truly isn't a time that our friendship could equal a rhyme."

Ellie then puts her hands to her chest before applauding the royal's response to her.

Following the show's live broadcast, Ellie took to Instagram to show just how embarrassed she was during the show.

Goulding posted a photo collage of 12 images of her with 12 different expressions during the show.

She captioned the photo with, "Which one are you today? I'm 11," then it shows a photo of her with her head in her hands.

Ellie Goulding is known to be super close friends with several people from the royal family, including the two York sisters and her rumored ex-boyfriend Prince Harry.

How Princess Beatrice and Princess Eugenie became friends with Ellie is unclear. Still, the Grammy-winning singer was first pictured with the royal family in 2014 when Prince Harry attended her show at Radio One's Big Weekend.

In 2011, she had her first nerve-racking moment with the royal family, where she performed her rendition of Elton John's "Your Song" for Prince William and Kate Middleton's first dance at their royal wedding.

Ellie and her husband are said to have joined forces with Princess Eugenie and Jack on many double dates.

Ellie then later returned the favor by inviting the princesses and their mother to her wedding with Caspar Jopling at the York Minister Cathedral in August.

READ MORE: Princess Diana Did THIS To Fight Her Inner Demons