Prince Andrew, despite being a member of the well-established and long-reigning British Royal Family, was nothing but a dummy for Jeffrey Epstein.

The Duke of York appeared in an "ill-judged" interview with BBC last month, during which he received plenty of criticisms. He spoke to Emily Maitlis about his friendship with pedophile billionaire Jeffrey Epstein and the allegations of sexual impropriety with then-underage Virginia Roberts.

In the same interview, Prince Andrew referred to all trafficking-related crimes as "unbecoming" and said later on that he did not regret being friends with Epstein.

However, what he thought of as a "friendship" was a nothing much for Epstein.

The daughter of Princess Elizabeth of Yugoslavia, Christina Oxenberg, wrote in her book "Patreon" (through Town and Country) that her cousin, Prince Andrew, was nothing more than a "hapless sap" for the notorious pedophile.

Oxenberg allegedly met Ghislaine Maxwell, Epstein's partner in his misdemeanors, and even attended parties in New York where she also got the chance to interact with Epstein.

"They were grifters and he was low-hanging fruit. He really was a hapless sap," Oxenberg went on. Though Prince Andrew became Epstein's dummy, she still believed that her cousin is innocent.

She added: "He's my cousin so I love him, and I understand that being a dummy doesn't make you a bad guy."

Moreover, Christina divulged that Ghislaine found pleasure in controlling people, but Ghislaine denied all these claims against her.

The Drawback of Being Epstein's Puppet

Epstein may already be dead, but his name was enough to drag down the royal prince.

After his BBC interview, Prince Andrew received public condemnation for failing to sympathize with Epstein's slaves and victims, as well as failing to show regret befriending the pedophile.

As a result, a lot of Pitch@Palace's corporate sponsors decided not to renew their contracts with him.

KPMG, an auditing firm and founding partner of Pitch@Palace, withdrew in renewing its partnership with the organization and even backed out from the mentorship scheme of Prince Andrew. To recall, they associated themselves with the Duke of York in pursuit of amplifying the works of entrepreneurs.

Aside from losing all his business partners, Prince Andrew also had to step down from his royal duties amid the negative publicity he and the family are receiving.

"Therefore, I have asked Her Majesty if I may step back from public duties for the unforeseeable future, and she has given her permission," Prince Andrew said in a statement.

The consequences of his BBC interview, which affected not only the Royal Family but also his corporate partnerships, finally became clear to him.

Prince Andrew admitted that he realized that the "circumstances relating to his former association with Jeffrey Epstein" has become a "major disruption" to him and the royal family. Moreover, in the statement, he sounded like a whole different person compared to his character during the one-on-one tell-all discussion with BBC.

To give him more lessons, Queen Elizabeth II also reportedly decided to remove the duke's office from the palace and cancel his birthday plans due to these controversies surrounding him. 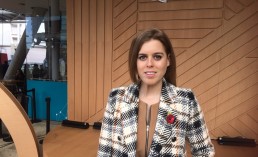