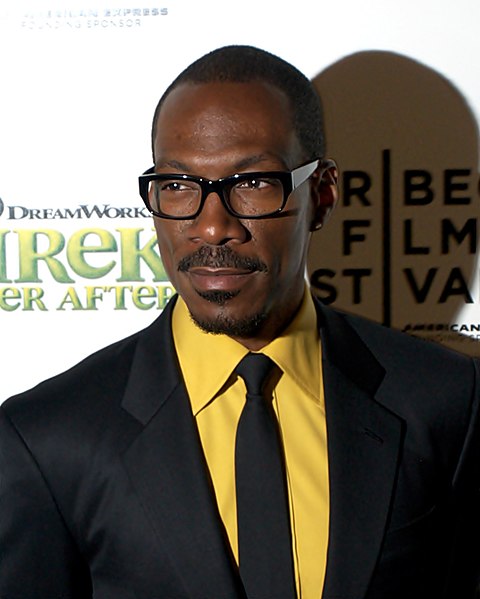 Eddie Murphy was back hosting "Saturday Night Live" after 35 years. He was happy to be back and the audience was, too. But it seems the highlight of his hosting has hit a nerve.

What can be considered as a highlight during  Murphy's hosting of "SNL" was his opening monologue. He did an impersonation of Bill Cosby while taking a shot on what happened to the disgraced comedian.

"If you told me 30 years ago that I'd be this boring stay-at-home dad and Bill Cosby would be in prison, even I wouldn't have taken than bet," Murphy said. Then, he added in Cosby's voice, "Who is America's dad now?"

The Joke's On Who?

Cosby's team did not think it was a good laugh. On the official Instagram account of Bill Cosby, his publicist, Andrew Wyatt, posted a strongly worded statement from the "The Cosby Show" camp. On Sunday night, the message was intended to slam Eddie Murphy for his thoughtless, insensitive joke.

The statement opened with how Bill Cosby was able to break color barriers in the entertainment industry so that comedians like Eddie Murphy, Kevin Hart, Dave Chappell and the like would be able to provide fun and entertainment for generations to come.

"It is sad that Mr. Murphy would take this glorious moment of returning to SNL and make disparaging remarks against Mr. Cosby. One would think that Mr. Murphy was given his freedom to leave the plantation, so that he could make his own decisions; but he decided to sell himself back to being a Hollywood Slave," Wyatt furthered in the statement.

There is a long history between these two comedians. In fact, back in the day when Murphy was hosting his own show entitled, "Eddie Murphy Raw," he talked about getting a call from Cosby. He said that Cosby berated him for cursing on stage and told him that he was a bad role model for the kids. At that time, Cosby also called him for his bad parenting skills.

Maybe the statement was intended to be a joke and maybe there was no intent to hurt or harm people. However, the sensitive situation that Bill finds himself in because of his own actions have put him in a vulnerable situation. Murphy, on the other hand, may have all good intentions for the statement he made, but it was not a very good one considering the situation.

Wyatt emphasized in his statement that he did not mean to pick a fight. In fact, he said that the camp of Cosby, including himself, would like to sit down for an amenable conversation. The goal is to discuss how collective platforms can be used to enhance black people and fight racism rather than working hard to bring each other down.

Wyatt believes that in the industry of business and entertainment, it is best for people of color to be united to ensure that nobody has to suffer from discrimination anymore.

View this post on Instagram
Bill Cosby's Publicist, Andrew Wyatt, responds to Eddie Murphy's SNL Monologue: "Mr. Cosby became the first Black to win an Emmy for his role in I Spy and Mr. Cosby broke color barriers in the Entertainment Industry, so that Blacks like Eddie Murphy, Dave Chappell, Kevin Hart and et al., could have an opportunity to showcase their talents for many generations to come. It is sad that Mr. Murphy would take this glorious moment of returning to SNL and make disparaging remarks against Mr. Cosby. One would think that Mr. Murphy was given his freedom to leave the plantation, so that he could make his own decisions; but he decided to sell himself back to being a Hollywood Slave. Stepin Fetchit plus cooning equals the destruction of Black Men in Hollywood. Remember, Mr. Murphy, that Bill Cosby became legendary because he used comedy to humanize all races, religions and genders; but your attacking Mr. Cosby helps you embark on just becoming click bait. Hopefully, you will be amenable to having a meeting of the minds conversation, in order to discuss how we can use our collective platforms to enhance Black people rather than bringing all of us down together." #NotFunnySNL #SNL #FarFromFinished #FreeBillCosby #BillCosbyA post shared by Bill Cosby (@billcosby) on Dec 22, 2019 at 5:14pm PST

In addition to the controversial monologue, there were other parts of the show that people truly enjoyed. The surprise appearances of Chappelle, Tracy Morgan, and Chris Rock added texture to the show. Murphy also reprised some of the famous characters that he played, including Gumby, Mr. Robinson and Velvet Jones.

May this meeting of the minds for collaborative effort truly happen. Everyone only wants to offer each other peace.

READ MORE: Ice-T on Eddie Murphy's Oscar Run: "Give Him the Nomination"