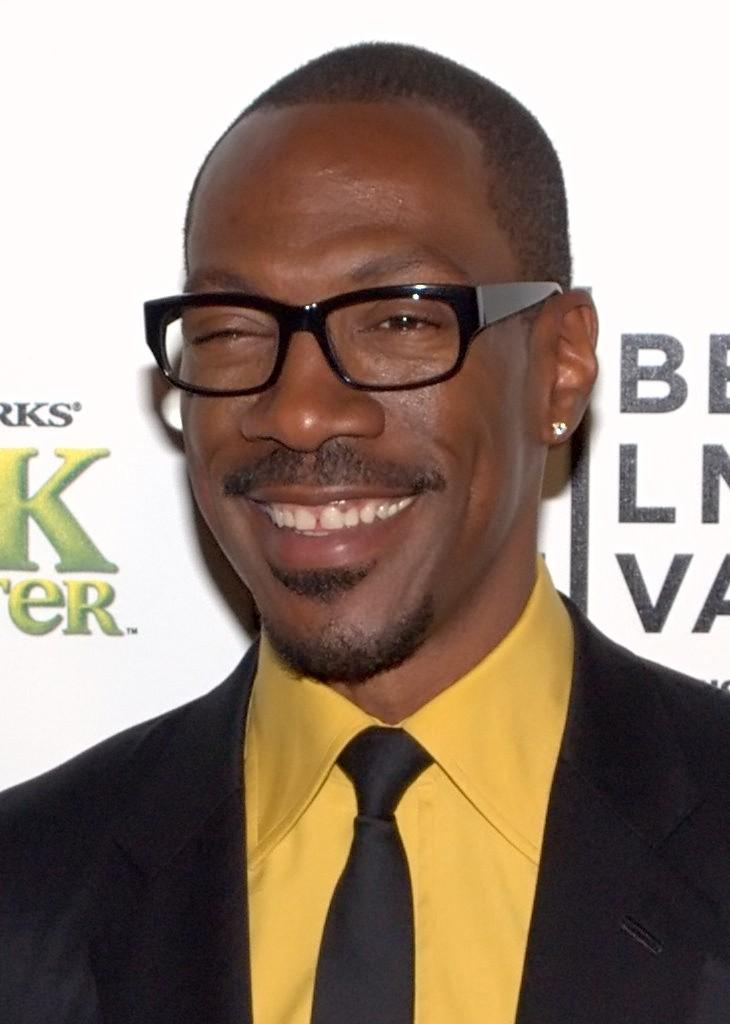 The Eddie Murphy is back -- and he's all poised to haul another award.

Comedy legend Eddie Murphy, 58, is making his big comeback with the Netflix movie "Dolemite Is My Name." As he takes on the role of '70s singer, comedian and actor Rudy Ray Moore, the actor could also be on his way for an Oscar nomination.

As a special screening of the film, Academy voters and VIPs such as Andre Leon Talley, Tracy Morgan and Jeff Ross sat to watch Murphy's return to the big screen. When fans overheard that the award-winning comedy actor Murphy himself is in the building, a mass of Gen Z-ers started flipping out.

It wasn't just them, though. Even the voters inside the venue had been itching to meet the legend. The respect and love for Murphy is truly remarkable. Everyone had been waiting for him to make comedy movies again, and it was worth the wait.

"It's nice to belly-laugh like this and remember what is truly funny, in a non-mean-spirited way," remarked actor, comedian and writer Robert Wuhl.

American musician and record producer Ice-T, who came from the Dolemite era and whose father loved Rudy Ray Moore, praised Murphy for having nailed the role.

"This movie really brought back the era of old black men talking s**t and being hilarious. You've got to remember this was a time when, for some of them, doing that was all they had."

Ice-T raced through the movie scenes that marked on him. He admitted there was a lot about Moore's life he did not know, though he said he knew Moore as someone with "no ego" and "who wanted to reach people."

On Murphy's performance as Moore, Ice-T said: "Give him the nomination."

Dolemite Is My Name

Scott Alexander and Larry Karaszewski, the film's writers, gave a glimpse on how the "Dolemite" idea came into existence.

Fifteen years ago, Murphy apparently called for a meeting. He began quoting lines from the script for "Ed Wood." He then asked if any of them had seen a Rudy Ray Moore's film. Even from that time, Murphy was all up for doing something for the man, just like what they did for Wood.

The movie idea, however, got stuck in the basement. Years later, Alexander and Karaszweski met Netflix's chief Ted Sarandos. They began explaining the importance of Moore to black culture and hip-hop, to which Sarandos replied: "You don't have to sell me. I used to run video stores, I know all about Dolemite."

The writers made an extensive research to put their screenplay together. Even David Shabazz, author of the biography "Dolemite: The Story of Rudy Ray Moore," was impressed with the outcome.

"The movie was very close to the mark," Shabazz said (via USA Today). "And Eddie Murphy did an excellent job capturing the man and telling the story of what Rudy Ray Moore went through."

In an interview about the making of "Dolemite Is My Name," Murphy said that he was a big fan of Moore. He started watching him when he was a teenager, so the role didn't require him a lot of studying. According to Newsweek, when Murphy learned about the life led by Moore, he realized that it was the exact opposite of his career.

That said, Murphy saw Moore as an inspirational figure.