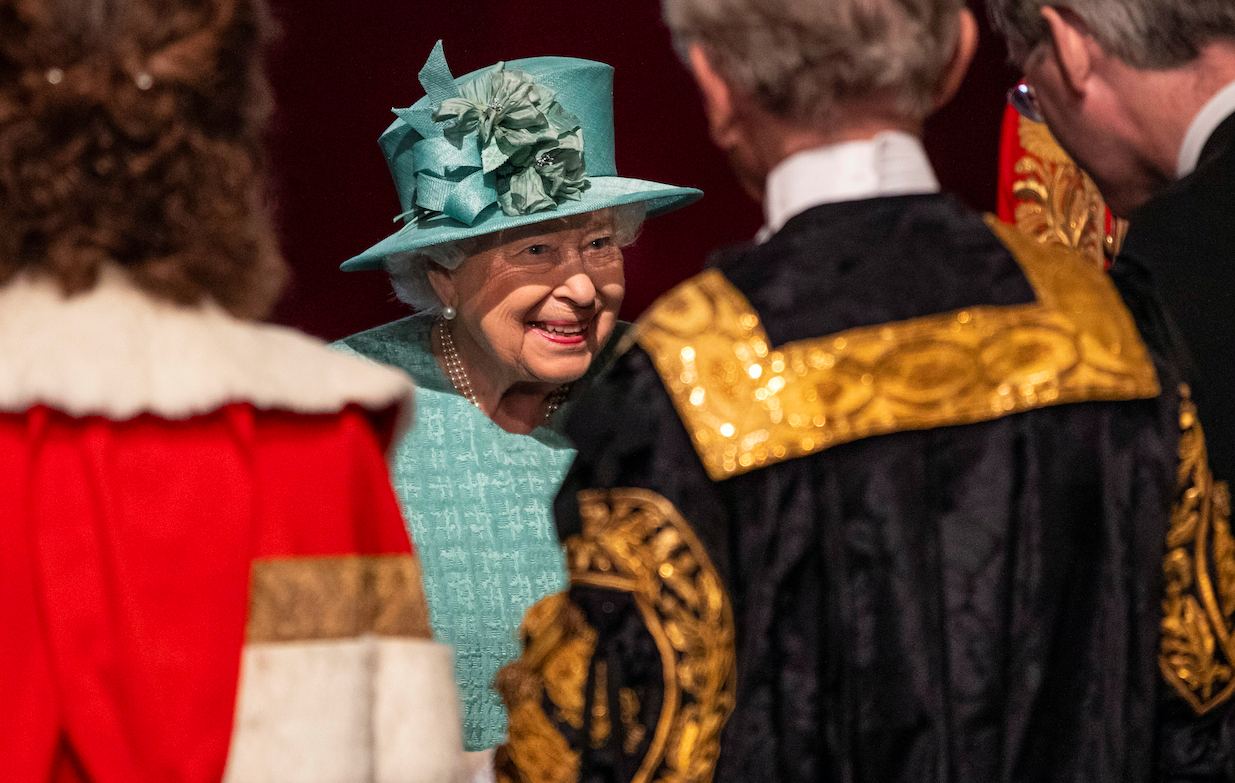 Abdication is not in Queen Elizabeth II's vocabulary.

According to royal officials, the Queen of England has no plans of handing over the reins to Prince Charles anytime soon.

The heir apparent to the throne has already been taking more official duties in place of his retired father, Prince Philip. Recently, Prince Charles accompanied his mother to the State Opening of Parliament and also played a massive role at the state reception for NATO leaders.

Due to his number of increasing roles, it fueled more rumors that he is on the verge of being crowned as the King.

The Daily Mail floated a titillating headline, asking, "Is the Queen Preparing to Abdicate?" As it turns out, the story discussed rumors that the Queen is planning to appoint Prince Charles as "Prince Regent" when she turns 95. However, British history makes clear that appointing a regent does not equal abdicating.

Further, the Queen is not even legally empowered to appoint a regent, which happens only under circumstances as outlined in the Regency Act of 1937.

This will allow Prince Charles to be King in all but name.

The Prince of Wales would inherit all the sovereign's roles, while Queen Elizabeth II would remain monarch so she can follow her promise to stay on the throne until her death.

On her 21st birthday, she promised England she would be their Queen for life, saying, "I declare before you all that my whole life whether it to be long or short shall be devoted to your service and the service of our great imperial family to which we all belong."

When rumors circulated that the Queen would retire in 18 months, Clarence House dismissed it and the suggestion that Prince Charles was preparing himself to be the new monarch.

A royal source told the Daily Star that there were no plans for a transfer of responsibilities at 95 or any age.

Many royal experts have also dismissed the idea that Duke of Cornwall will be King anytime soon.

Royal Central editor Charlie Proctor said that there has long been a suggestion that once the Queen reaches 95, she will also step down just like her husband, but he pointed out that the Queen has shown "absolutely no signs of wanting to retire."

While the royal expert saw that Prince Charles has been taking more royal duties, he cannot see him becoming regent.

It is also worth noting that Prince Charles has been first in line to the throne for 67 years now, which makes him the longest-serving heir apparent to the British throne.

Victor Arbiter, a royal commentator, told 9Honey Online that with the Queen being the longest-reigning monarch in British history, she will leave behind the single most significant blueprint of the previous sovereign.

"By extension, Charles is the most well-prepared heir the country has ever known," Abiter said.

When Prince Charles becomes King, he will be known as King Charles III, succeeding Charles II, the King of the restoration of the monarchy during the 17th century.