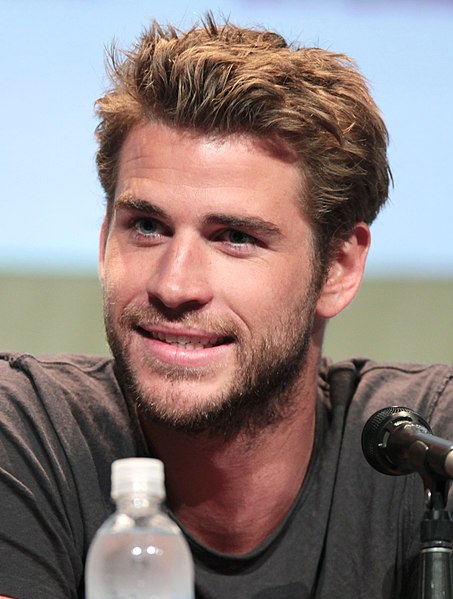 Liam Hemsworth is a picture of a happy man after he reportedly finalized his divorce settlement with Miley Cyrus.

Hemsworth was all smiles as he welcomed Christmas day ready to party. Finally, he would be able to celebrate the holiday season without worries after it was confirmed that he and Miley have settled their divorce. Their love story has finally ended, giving them a new chance to move on.

The "Isn't It Romantic" actor took it to social media to share the good news. He posted a picture of himself on Instagram holding a bottle of beer on one hand, a cooler strapped around the shoulders and a towel tucked in his waistband. He was ready to celebrate!

In the caption, Liam wrote, "Locked and loaded. Bring on the festivities!" The actor's sunny disposition was embodied by his outfit for that day -- laid back shorts and a cut-off t-shirt with a colorful hat and a pair of shades.

The party-mode vibe came shortly after the news that Liam, 29,  has reached a settlement for his divorce with Miley, 27. Their divorce is expected to be finalized by March of 2020.

How It Got There

Seven months after they tied the knot on December 23, 2018, Liam Hemsworth decided to file for a divorce. On August 10, a representative of Miley Cyrus has confirmed that the two have split.

In a statement, it said that Liam and Miley have decided that it was good to separate at this time. The statement added that going separate ways was best for the two of them so that they could concentrate on improving themselves and their careers.

Their divorce talks have been quite messy and obviously full of drama. The two, along with their lawyers, have been trying to find a common ground. Luckily, Earlier in November, the two have agreed to finally sit down and set their differences aside. They were ready to talk about settlement.

The two have remained dedicated parents to all the animals put under their care. While they lovingly take this time apart, both Hemsworth and Cyrus requested for some privacy and asked everyone to respect the process.

Since the split was confirmed, Liam has been rumored to be dating Gabriela Brooks, a model. Earlier this month, Liam was photographed introducing Brooks to his parents, Craig and Leonie Hemsworth, while he was vacationing in Australia.

It looked like Brooks hit it off with the Hemsworths, as she greeted Leonie with a tight hug before their group enjoyed some lunch. Although the two have yet to confirm their relationship, from how it looks, it seems Liam is moving on from Miley.

Cyrus, on the other hand, has clearly moved on, too. Cyrus is currently dating Cody Simpson. They spent Christmas together with her family.

The relationship between Liam and Miley has been all over the news for one too many times. Even their divorce has made it to the headlines. And now that they are finally moving on with their lives, those close to them could only wish the best for both of them.

May they find true love in other people.