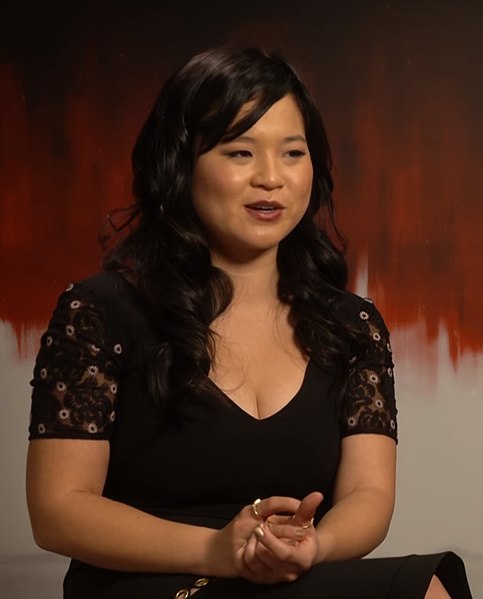 Kelly Marie Tran's fans cannot help but notice that there is a little less exposure to the character that she played in "Star Wars: The Rise of The Skywalker."

The new "Star Wars" film has gained attention from its avid fans. Over the years, the film franchise has helped a lot of rising stars gain attention. The roles that they play in the film make a huge impact not only on the fans but in the whole unfolding of the story behind "Star Wars."

However, the current film "The Rise of The Skywalker" seem to have shortchanged some characters. Fortunately, the writer of the film has now explained why.

Director J.J. Abrams co-wrote the new movie with Chris Terrio. The co-writer was asked why the character of Rose Tico played by Kelly Marie Tran lacked the screen time that everyone expected.

Tran was a resistance engineer in the movie and her character was introduced in the film "The Last Jedi." She played a major role in that film. However, Tico spent most of "The Rise of the Skywalker" back at the base and did not have much to say too! (spoiler alert!)

In an interview with "Awards Daily," Terrio revealed that both he and Abrams love Tran and that originally, they planned to make her character in the film more significant. In fact, Tran was able to shoot scenes where she has interactions with General Leia Organa.

Her performance was created from Carrie Fisher's deleted scenes from the movie "The Force Awakens." However, during post-production, they encountered difficulties. It was impossible to make the Leia and Tico scenes believable.

The co-author said that Rose had fewer scenes because the Carrie Fisher footage cannot be used the way they wanted it too.

Terrio told Awards Daily that they originally wanted Rose to be the anchor at the rebel base with Leia. However, as the process evolved, the scenes that were originally written for Rose and Leia did not meet the standard of photorealism that the directors had hoped for.

"Unfortunately, these scenes had to be deleted from the movie," Terrio said. Putting Rose on the sidelines was not deliberately made. The directors adored her character that's why it was anchored with the strong character of General Leia.

Kelly Marie Tran and her role in "The Last Jedi" was considered as one of the major roles ever given to an Asian actress. With the production as huge as "Star Wars," the inclusion of an Asian actress and her performance was seen to open the door for other aspiring Asians actors.

It a;sp opened opportunities for a possible acting career for many actors of color like Tran.

However, the actress was not saved from racist and sexist attacks online. The negative criticism came, even more, after the movie was released.

Tran wrote for the New York Times about her experience working alongside the famous Hollywood names and directors. She noted that the bullying "reinforced" a narrative that she grew up with. Tran said that she grew up being the "other" in the picture. She was told that she was never good enough simply because she was not like all the rest.

The role Tran was given in the new "Star Wars" film was rather an unfortunate story in history. Tran's fans are not taking this lightl, as they started a campaign with the hashtag #RoseTicoDeserveBetter.

The campaign was spearheaded by Jon M. Chu who directed the "Crazy Rich Asians." In fact, he offered to direct a "Star Wars" movie revolving around the character of Rose Tico if only Disney Plus gets on board.

© 2020 ENSTARS, All rights reserved. Do not reproduce without permission.
TAGSKelly Marie Tran the rise of the skywalker star wars Star Wars: The Rise of The Skywalker Rose Tico
SEE COMMENT
CLOSE COMMENT