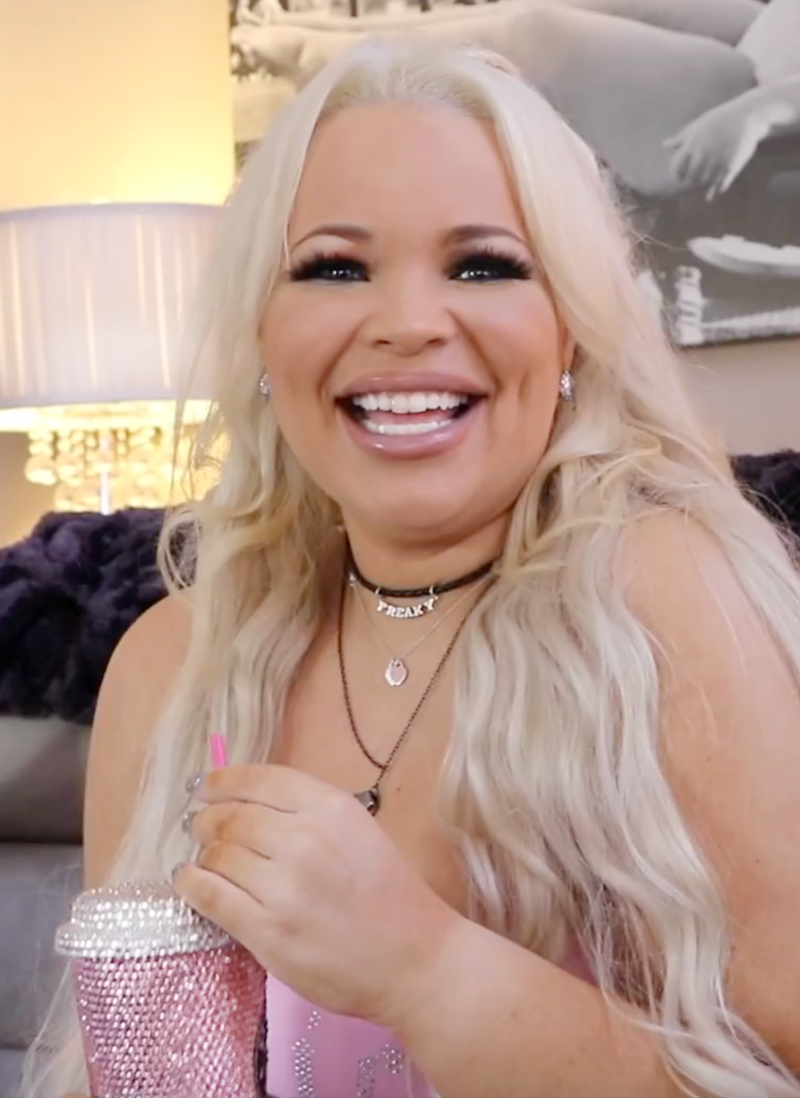 Just when you thought 2019 could not get any weirder, we wrap up the year in the most chaotic way possible thanks to the YouTube world.

Recently, YouTube sensation Trisha Paytas has released a series of videos that feature her making out with Jon Hill.

If you do not know who Jon Hill is, he is Jaclyn Hill's ex-husband. Jaclyn is a fellow YouTuber and cosmetics mogul. She also has some controversies of her own.

Trisha took to her Instagram Stories showing a ton of PDA and smoking.

The blonde bombshell even posted a photo of them together on her Instagram feed with the caption, "Can't wait to get pregnant tonight @johnhill822 I F******* LOVE UUUUU."

When you hear the word controversy, it is usually synonymous with Trisha Paytas.

One comment even said, "WAIT A DAMN MINUTE... if Jaclyn Hill's year can't get any worse. The gag is..."

Nobody seemed to understand what was taking place in the steamy NSFW video.

One tweet wrote, "watching trisha paytas make out with Jaclyn hills ex-husband on her story for a good solid 30-60 seconds (w/ no context) has made me the most uncomfortable I've been in a long time."

Even beauty vlogger Jackie Aina may have also tweeted out, "you know what.... Pretending I did NOT JUST SEE THAT."

So many tweets and questions about the image were posted about Trisha, whose content many have said appears to be designed to be controversial merely to get reactions and drive engagement.

Last November, Trisha had viewers buzzing when she announced she was engaged and getting married on November 1. However, the announcement was soon revealed to be fake after she posted a video of her wedding ceremony, which turned out to be between her and a cardboard cutout of Brad Pitt.

Jon Hill's ex Ashlyn Van Horn claims he told her recently that the Trisha videos were staged to "piss people off."

Either Jaclyn has not heard the news or is entirely unfazed. Hours after Trisha posted to social media to make things look official with Jon, Jaclyn tweeted about how excited she was to get her friend's corn recipe.

In a tweet, she said, "My friend just gave me her corn dip recipe, and I'm so excited to make it for New Year's Eve!! It's so simple but soooo amazing!!!"

In 2018, Jaclyn announced her and Jon's decision to divorce after nine years of marriage.

Jaclyn took to her Instagram and told her 6 million subscribers, "Although this has been one of the hardest decisions of our lives, I know it's what is best for the both of us. I will always love him, and I am grateful for all the good times we shared. This breaks my heart, but I believe in love and believe everyone has a chance for a happy ending."