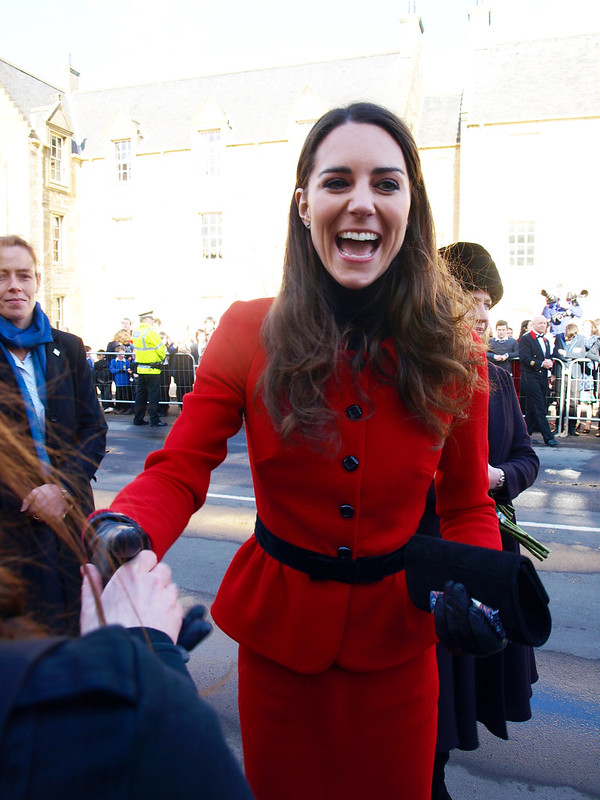 Ladies often make odd requests before marriage, and Kate Middleton was no exemption.

Even before she married into the royal family, Kate had been well aware of Prince William's future role. Kate knew then she had to prepare for an equally important role, too.

The Duke and Duchess of Cambridge have been married for almost a decade. Kate married into the royal family on April 29, 2011 and she has since been active with royal engagements even now that she is a doting mom of three.

Reports of an odd request from Kate Middleton resurfaced as she continues to prepare for her role as Queen consort. Now that Prince Charles is being groomed to replace the Queen very soon, Prince William, and evidently Kate Middleton, have to step up to the plate, too.

Kate is already deemed busy with a year's worth of royal engagements. But apparently for her, she did not really get what she asked for before marriage.

In 2008, Kate and William just got back together after a short break-up in 2007. They came back in the relationship stronger than before and by that time, William was determined to marry Kate. At this time, there were strong speculations that the couple were set to marry soon.

Before announcing their engagement on November 16, 2010, Kate already confirmed royal speculations of their engagement with an email to friends. Kate knew she better start making changes to her life, starting with her name.

In an email that resurfaced from 2008, it was revealed that Kate had requested her friends to stop calling her by her informal-sounding nickname. Middleton wanted to ditch "Kate" in favor of "Catherine."

While the Duchess is referred to as Catherine in official royal engagements, unfortunately for her, the nickname "Kate" stuck. Tabloids, news and TV reports would refer to the Duchess as Kate even before her marriage. The name carried on to this date and the public never thought of calling her Catherine, Duchess of Cambridge.

Kate is Partly to Blame

Reports reveal that the email sent to friends was in a joking manner, yet it sounded awkward to friends. Kate was never a snobbish, authoritative figure. Rather, she was always approachable and seemed forgiving.

Sunday Express columnist Adam Helliker first reported about the email in 2008. He revealed that one of Kate's friends was shocked upon receiving the email. Kate's friend had told the columnist, "Everyone knew what's going to happen with Kate and William, so we were a bit surprised when she requested we start calling her Catherine."

Kate opting to be called by her full name was dubbed as her first move, implying she will take her future role very seriously. "There had been a distinct feeling she was very aware of her position," revealed Helliker.

2019 was a good year for the Duke and Duchess of Cambridge. The pair has taken on more royal responsibilities. These included their trips to Palestinian Territories and in Israel. They ended the year on a positive note too with Mary Berry's Christmas Special.

This year, the royal couple is expected to double up on their royal responsibilities. As Prince Charles gets ready to fulfill a greater role, so are Prince William and Kate. Adding to the royal work they have to do is the work left by Prince Andrew after last year's biggest royal scandal.