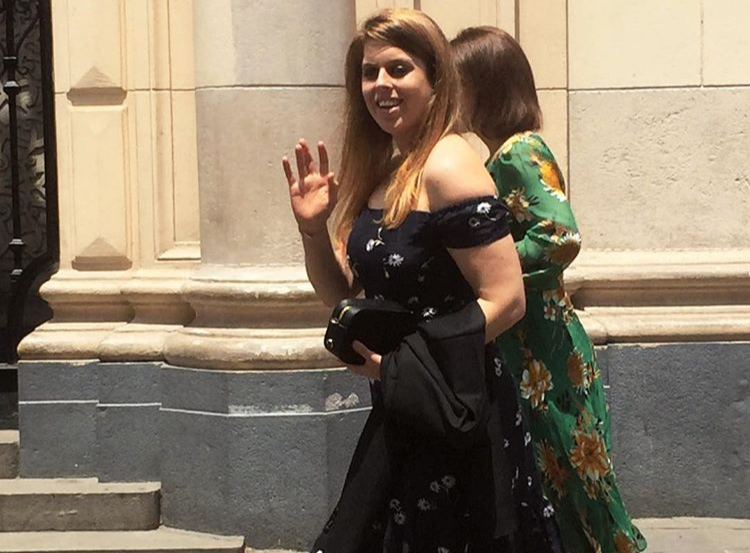 The whole world always wants a piece of the Royal Family, which is why every news and event will never slip our day. Amongst all the updates on the Royal Family, one of the most awaited events is no other than a Royal Wedding.

In history, news outlets will follow and broadcast just about every detail of the Royal Wedding from the invitation, wedding dress, venue, food to be served, and of course, the guest list. The wedding itself is broadcasted live on TV for the whole world to see.

But it looks like it will take a long time for us to witness yet another Royal Wedding. This is after one of the biggest networks that usually covers the event announces that they will not have a televised feed for Princess Beatrice's upcoming marriage to the Italian property developer, Edoardo Mapelli Mozzi.

On Saturday, BBC said that instead of covering the entire wedding and replacing the network's regular programming like they always do when covering a Royal Wedding, they will only offer "news coverage of the wedding across their services."

During the most recent Royal Weddings of Prince Harry and Meghan Markle as well as Prince William and Kate Middleton's, BBC got the rights to air the royal occasion for free.

Reports suggest that the network is staying away from covering Princess Beatrice's wedding due to her father's most recent scandal and connection with a convicted pedophile, Jeffrey Epstein.

"Andrew is so toxic at the moment; I wouldn't be surprised if it's going to be a private wedding with a couple of photos released afterward," Royal author Phil Dampier explained.

It could be recalled that in October 2018, ITV was the one who made it possible for Princess Beatrice's sister, Princess Eugenie's wedding to Jack Brooksbank to be broadcasted live. The 2018 Royal Wedding coverage said to have gained a massive three million viewers.

But ITV has yet to comment if they will also be covering Princess Beatrice's wedding after BBC snubbed the said Royal event.

The date and venue for the Princess Beatrice and Edoardo Mapelli Mozz nuptial are yet to be confirmed by Buckingham Palace. A palace spokesperson said that all details would be released "in due course."

Reports suggest that the ceremony will be at St. George's Chapel in Windsor and the wedding is expected to take place somewhere between May or June so it will not coincide with the Royal Ascot.

It was in early 2019 when news broke that Princess Beatrice's father, Prince Andrew, has direct involvement with the late infamous pedophile. In November, the Duke of York had a one-on-one interview with BBC's Emily Maitlis where he said he does not regret his relationship with Epstein.

During the same interview, the 59-year-old Duke of York denied the allegation that he slept with one of Epstein's alleged sex slave, then 17-year-old Virginia Roberts. He also denied meeting the minor during the years they claimed to be seeing each other.

Roberts claimed that between the years 1999 to 2002, she slept three times with Prince Andrew, and it took place in London, New York, and Epstein's private Carribean house.