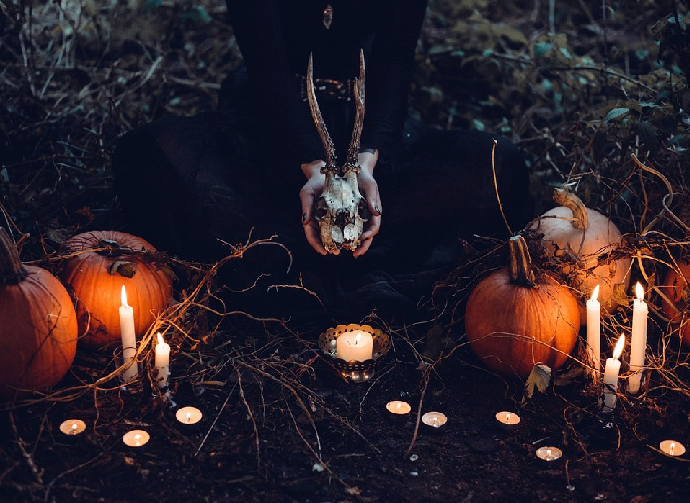 Which scary movie should avid fans of horror flicks watch this New Year? Of all the things that people can look forward to in the new year 2020, horror movies may be on top of your list.

This year, they say, is going to be the prime of horror flicks.

Everything that is spooky, creepy and thrilling will be out in 2020. The most anticipated movies have been introduced late last year along with their expected release dates. Everyone's excited to cuddle up with their boo or their bestie waiting to be in fear.

Hollywood loves the remake of the classics, and there is nothing scarier than "The Grudge."

This particular horror movie is just ripe for this trend. Everybody thought the original "The Grudge" was horrifying. But with all the new movie techniques and tricks in the production, one could only assume that the editing and special effects of the new "The Grudge" are much better than what was released in 2004.

This new version follows the storyline of a cursed house with a vengeful ghost that is not afraid to kill anyone violently.

The second horror flick on the list is another reboot of a classic scary story.

"The Invisible Man" is an eerie flick where a woman is haunted by the ghost of her abusive ex. He took his life and left her $5,000,000 in his will on the condition that she could prove her mental capacity to handle the money. All would have been well if she was not mentally, emotionally and physically tortured by a stalker that no one else can see.

The storyline may be part of everyone's worst nightmare, but it is one hell of a thriller that everyone should watch.

After the amazing success of its first movie, "A Quiet Place II" seemed like a natural follow-up. Because the first movie did not seem like it was made with a series in mind, the plot of this second movie remains unknown.

The film is already in its post-production and is set to be released before the first quarter of this year comes to a close. The film's director and screenwriter, John Krasinski, recently gave small details about the highly anticipated sequel to one of Hollywood's successful horror flicks.

Why are people watching horror movies? Isn't the reality scary enough? Perhaps it is that is why a horror movie is so much better than watching the real thing happening right before their very eyes.

Horror movies take after people's greatest fears. They usually include everything that scares people away. And because they are masked as aliens or unwanted creatures in horror movies, people watch them out of sheer fun -- if not for the feeling of it being an adventure.

Whether one is into scary movies or not, these three horror flicks promise to give an experience of a lifetime. It will make those nightmares a reality.