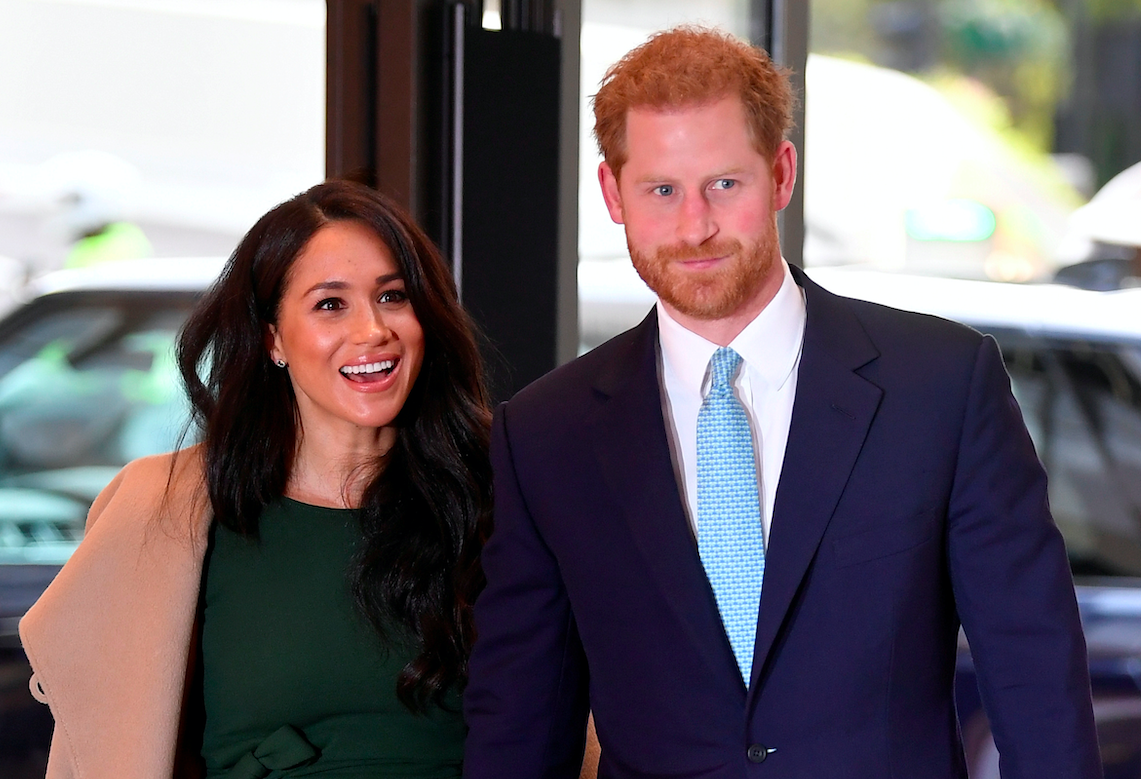 The past 12 months have been rough for Prince Harry and Meghan Markle.

2019 gave the Sussexes many controversies to face, from their infamous private plane trips to speaking candidly about how they feel about their duties and being in the royal family.

While the couple has put on a united front, behind closed walls, they are reportedly also having problems on their own.

According to a report by New Idea, royal insiders say that Prince Harry and Meghan Markle's relationship went under a severe strain when they attended the WellChild Awards in London on October 15, 2019.

Onlookers at the event saw Meghan storming off on her husband, who looked "visibly stressed and upset," according to their report.

The cause of their argument was unknown, but the publication understands it was the moment "it all went wrong for the already fragile couple who decided to take some time apart in a bid to save their marriage."

New Idea's insider revealed, "Poor Harry is doing everything he can to save their marriage."

They also said that Meghan had to face a lot so many scrutinies, and since the birth of their son, the pair have struggled to cope -- which has put pressure on the marriage.

"Plus, there have been baby blues and all the distressing fallout from the TV program where they criticized the royals' uncaring attitude. Then the legal battle with papers over stories they thought were critical. It was a cry for help, and they both wanted out of that life."

New Idea's other source also revealed that the Sussexes, who canceled Christmas with the Queen and the rest of the royal family, did not even spend time together when they were in Canada for their break.

"The reason Meghan's gone back to Canada is that it's a complete escape. A place where she feels happy with her friends and family." The source furthermore added, "They've gone on this extended break as a couple and utter break away from royal life. They are trying to get back on track."

The source also noted that being able to spend time apart and giving each other the much-needed space gave them something to "think about the future."

However, despite their difficulties and differences, their source said that the couple is still "definitely in love" and are "trying to reconnect for the sake of their son."

"This is just a rocky patch, but somehow the couple will come through and be stronger than ever. But things are not easy."

Prince Harry is reportedly desperate not to give up on their relationship, especially now he has his own family that he longed for.

It was reported that Prince Harry loves being a father to their almost one-year-old son, Archie Harrison Mountbatten-Windsor.  He enjoys posting pictures of his son and their family on social media, especially the adorable photo of him cuddling Archie.

Royal Biographer Phil Dampier has second thoughts the marriage will even survive since Meghan has struggled with being a royal and was not prepared for what came.

"When they married, I thought they were a strong team, and the relationship would last, but now, I'm not so sure," he said.

Many believe that once Prince Harry and Meghan Markle think things through in Canada and go back to their royal duties, they will come back with a different attitude. However, Dampier is not confident they will.