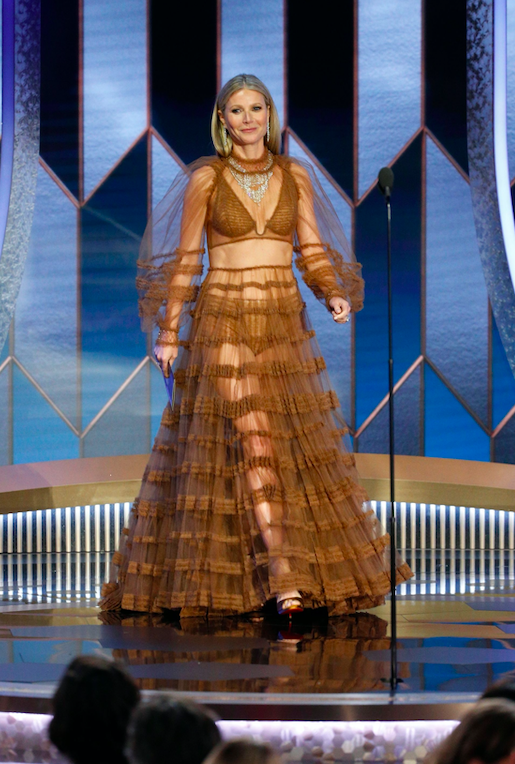 After their first wedding anniversary, Gwyneth Paltrow and new husband Brad Falchuck moved in together.

Now that they're now living together, Paltrow joked that her "sex life is over."

Speaking to Harper's Bazaar, the 47-year-old award-winning actress said, "Our sex life is over. I thought it was really interesting how resonant that was for people."

While it is unconventional, their living situation was apparently a dream come true for their best friends. "One of my best friends was, 'This is my dream. Don't ever move in," she said, adding that newlyweds should not change a thing about their domestic disposition.

The Goop founder and the "Glee" co-creator married at Paltrow's house in the Hamptons in September 2018 but didn't move in together until last summer.

She furthermore added, "I think it certainly helps with preserving the mystery and also preserving the idea that this person has their own life. So, this is something I'm trying to remain aware of now as we merge together."

Both have children from previous marriages, took the first year of their marriage to let the dust settle with all the changing happening in their lives, including Paltrow's ex-husband Coldplay frontman Christ Martin moving on with his girlfriend, "Fifty Shades" star Dakota Johnson.

Paltrow told the Sunday Times that the 48-year-old TV writer sleeps at his home when his children Brody and Isabella come over, and then spends four nights a week with Gwyneth.

Falchuck previously detailed why they made that decision.

"We've just done it slowly. Divorce is terrible, even when it's the right thing to do. And it's really hard on kids. Come September, and we're all going to Brady Bunch it up."

The "American Horror Story" producer has two kids from his previous relationship, while the businesswoman has Apple, 15, and Moses, 13, with Martin.

When it comes to new and unique ways to make everything, especially romance, work, the actress has always led the pack.

After making headlines after her divorce with the Coldplay frontman, she called what happened "conscious uncoupling," instead of separation. Over the years, they also stayed close for the sake of their kids.

Gwyneth Paltrow prides herself on having no animosity towards her ex-boyfriends. She said she gets along with Martin's girlfriend gushing, "I love her. I can see how it would seem weird because it's sort of unconventional."

She continued, "In this case, just having passed through it iteratively, I adore her. I always start to think of the ampersand sign. What else can you bring in, instead of being resistant to or being made insecure by? There's so much juice in leaning into something like that."

The "Avengers" star is also "friendly" with some of her ex-boyfriends, telling Harper's Bazaar, "One of them is still one of my best friends - one from high school, Tony Woods. And I'm friendly with Brad Pitt. I don't have any really bad blood."