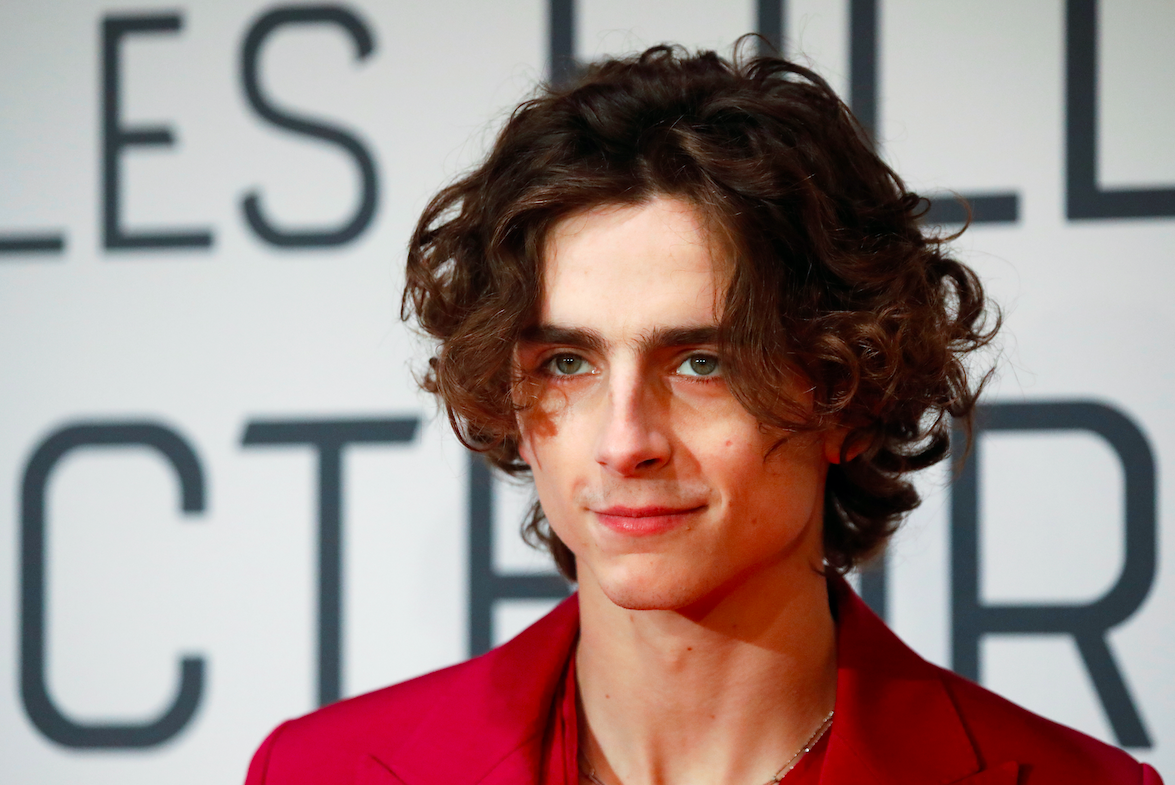 Since his breakout success in the movies "Call Me By Your Name," "Lady Bird," "Beautiful Boy," "The King," and with the recently released "Little Women," Timothee Chalamet is showing no signs of slowing down any time soon.

According to Deadline, the Academy Award-nominated actor is in talks to play Bob Dylan in the upcoming biopic, "Going Electric."

The film will chronicle Dylan's rise from Greenwich Village folk singer to God of Rock -- mainly focusing on his controversial switch from acoustic guitar to embrace the electric guitar in 1965, much to the chagrin of his fan base.

The publication also mentioned that Dylan is working with the director and Searchlight Pictures on the movie, which has no release date as of yet.

Chalamet is joining a lineup of actors, including Richard Gere, Heath Ledger, Christian Bale and Cate Blanchett. They all played different aspects of the singer-songwriter's character in the 2007 film, "I'm Not There."

It is unclear if Chalamet will be singing or playing the guitar in the biopic.

Chalamet has not taken on the role of any famous rock stars in the past, and it has also been reported that Chalamet does not play the guitar (but he is working on it).

"I am not sure if he will sing Dylan's great songs, but I've heard that Chalamet already is taking guitar lessons so he can familiarize himself with the acoustic and the electric guitar," Deadline Film Editor Mike Fleming Jr. said.

James Mangold will direct the film. He directed the 2005 film "Walk the Line" about Johnny Cash, as well as "Logan" and "Ford v Ferrari."

Searchlight obtained the project after it was let go by HBO. Chalamet was quietly joining at that time. The movie includes rights to the book "Dylan Goes Electric," written by Elijah Wild. Music rights are also part of the package.

The movie will be produced by Dylan's longtime manager Jeff Rosen, as well as Bob Bookmarn of Veritas Entertainment Group, Alan Gasmer, Alex Heineman of The Picture Company, Peter Jaysen, and Fred Berger of Automatik.

Bob Dylan will be the executive producer.

Apart from this movie, Chalamet's schedule this 2020 also includes the Wes Anderson-directed science-fiction film slated for release in December, "The French Dispatch." He will also be starring in "4,000 Miles," a play that will debut in London beginning in April.

According to Billboard, coincidentally, the director of "Call Me by Your Name," Luca Guadagnino, is also working on a movie based on Dylan's 1975 album "Blood on The Tracks."

Richard LaGravenese is reportedly writing the script, which is based on an idea by RT Features' Rodrigo Teixeira -- who is producing the film with the director.

"Blood on the Tracks" is Bob Dylan's 15th studio album released by Columbia Records. It is acclaimed as one of his greatest records.

The platinum-selling album has the songs "Shelter from the Storm," "Simple Twist of Fate" and "Tangled Up in Blue."

Rolling Stone ranked this specific Dylan album as the 16th greatest album of all time.

READ MORE: Joaquin Phoenix Is The Reason Why The 2020 Golden Globes Went Vegan