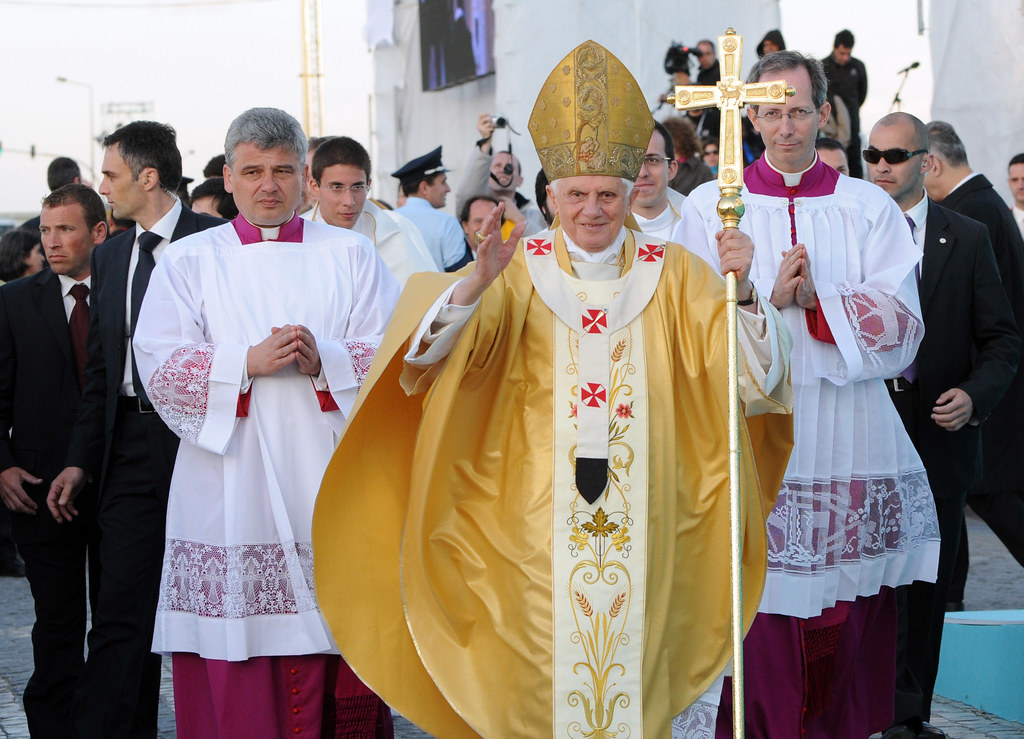 Before anything else, we want you to know that you do not need to be a dedicated member of the Roman Catholic Church to have a license to watch this "Two Popes."

Anyone is very much welcome to explore the story that talks about friendship, power, and the behind the scenes in one of the world's largest and oldest institution alive.

Netflix's Original "Two Popes" is a mix of fiction and factual events from the two icons of today's generation of believers. The film sets in 2005, right after the death of Pope John Paul II. Cardinals from all over the world gathered in Rome to elect the next highest leader of the Catholic Church.

The voting falls with two resounding candidates, such as Joseph Ratzinger (Anthony Hopkins), who eventually became the successor as Pope Benedict XVI, and Jorge Bergoglio (Jonathan Pryce), an Argentine priest and runner up who replaced Pope Benedict eight years later.

Later on, Cardinal Bergoglio decided to fly to Rome and personally hand his permission to retire to Pope Benedict, to which the latter refused. It is where the clash between different ideologies and personalities began.

What is Fiction .. What Is Not?

After watching the movie, it's not wrong if you clickly opened your laptop and googled the film (I did it too, checking the facts about Pope Benedict and current pontiff Pope Francis.)

Here's a quick realization though: "Two Popes" writer Anthony McCarten and director Fernando Meirelles actually made a very thin line between fiction and factual stories that even devoted Catholics may have a hard time pointing out what is real and what is not.

To start with, the background of Cardinal Bergoglio in the movie is mostly based on Pope Francis' biography. According to the biography entitled "Francis: Life and Revolution by Elisabetta Piqué," Bergoglio indeed worked in a chemical laboratory and was dating a girl whom he hopes to marry before joining the Jesuit novitiate.

Additionally, Pope Francis' "calling" happened during a confession, to which the booth you'll see in the movie is the exact confession booth where the major event in the Pope's life occurred.

Then Cardinal Bergoglio indeed submitted permission to retire to Pope Benedict, but the series of visits and conversations after which did not take place in real life.

The film also accurately depicted the 2012 Vatileaks scandal, which revealed the allegedly secret documents involving irregularities in the Vatican office. The arrest of papal butler Paolo Gabriele was also shown in "Two Popes."

The film ended showing the two popes bonding while having pizza and watching a World Cup match between their respective countries. This is also fictional, as the director himself said that the ex-pontiff is not really a fan of soccer and more into Formula 1.

What To Love About The Film?

At first, I thought it would be annoyingly preachy, but despite featuring two popes, the film teaches us lessons beyond religion, faith, sin, and forgiveness.

Although the film falls heavily in a polite conversation between two older men with different ideologies, "Two Popes" is unexpectedly entertaining with great acting from two such professional actors.

("POPE BENEDICT XVI in Portugal" by Catholic Church (England and Wales) is licensed under CC BY-NC-SA 2.0 )