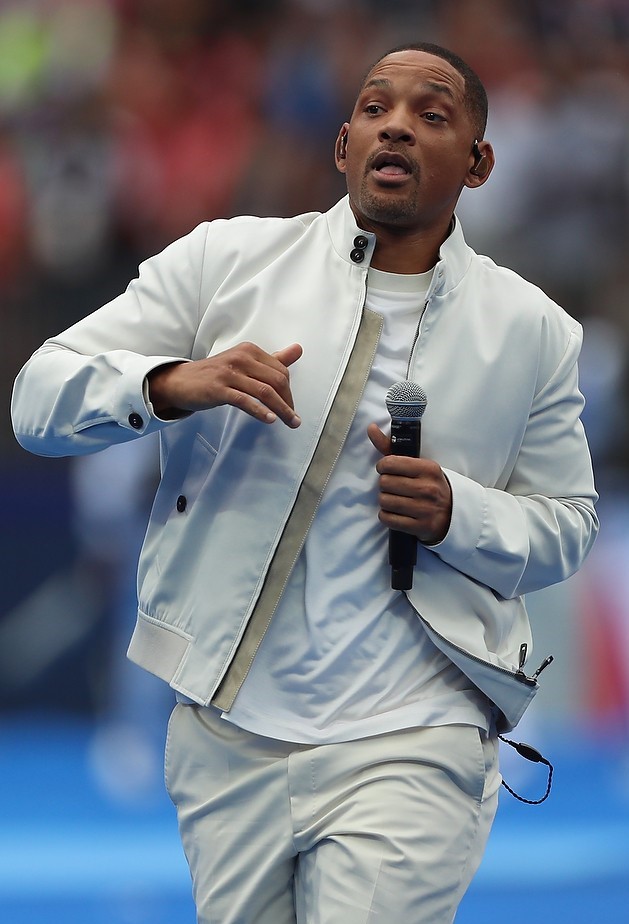 Prominent people get to a point in their lives when they are so successful they must tell the world their life story. Some recall their life history through an epic biopic movie, others do it via documentary, and some put every little detail in a biography book.

But in the case of actor Will Smith, being the legend that he is, a biopic movie, documentary, and biography book are too mainstream. The "Bad Boys For Life" star has to do what he gotta do: skip those boring stuff and rap his life history away.

On last Thursday's episode of "The Tonight Show Starring Jimmy Fallon," the 51-year-old rapper-turned-actor gave us a quick trip down memory lane by rapping his life story with the famous late-night show host.

In a roughly three-minute video, Smith and Fallon came in matching black hoodies on top of their white shirt and jeans, giving us that ultimate 90s rapper look. They exchanged verses recounting the actor's humble beginnings as a rapper, his movie career, personal life, and now as one of the biggest movie stars.

Jimmy Fallon started the beat by introducing Will Smith: "You seen him in billboards / Starring in shows / But there's a lot about him that you might not know."

Smith then started rapping about his career back in 1985: "I rocked the house till it turned to rubble / Every time I told y'all girls ain't nothing but trouble / Jeff (Allen Townes) 's the DJ, I'm the rapper / You can call him Jazz, you can call me dapper / Then I was rappin' just to make bus fare / Then I moved in with my Auntie and Uncle in Bel Air."

In reference to his breakout 90s show "The Fresh Prince of Bel-Air," Smith and Fallon showed us some moves and grooves to the famous "The Carlton," honoring the actor's television brother Alfonso Ribeiro.

1 hour until Jimmy & Will Smith Rap The History of Will Smith on #FallonTonight! pic.twitter.com/OAmRp43VAo — Fallon Tonight (@FallonTonight) January 10, 2020

"A real big star needs a real big screen, so I had to spread my wings if you know what I mean," Smith said as he went on rapping about his movie career. He mentioned some of his biggest movies of all time, including "Bad Boys," "Independence Day," "Men in Black," "The Pursuit of Happiness," "I am Legend" and "Hancock."

Telling Will Smith's life story will not be complete without mentioning his wife Jada Pinkett-Smith and his kids Trey, 27, Jaden, 21, and Willow, 19.

"Started out a Prince, then became the Fresh Papi /'Cause Trey is the ace /Jaden's a force / Willow came and told y'all, 'Whip your hair back and forth,'" Smith continues.

The duo ended their rap mix with Fallon saying, "You're a good man," to which Smith responded, "And Bad Boy For Life," in reference to his upcoming movie, which will be in theaters this January 17.

Watch their epic bio-rap below and be prepared to catch yourself, stomping those feet as the beat will really get you on the mood for some headbanging.