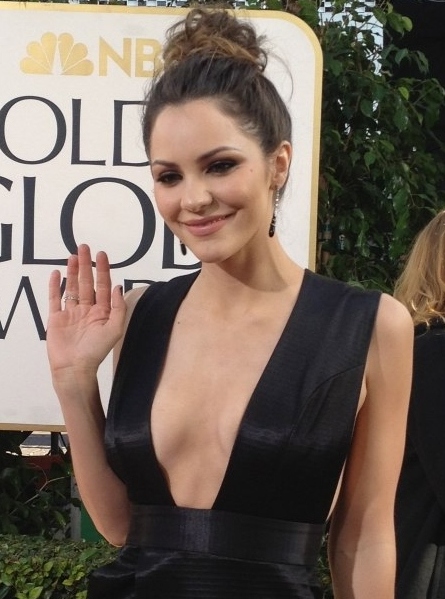 Despite the age difference, Katharine McPhee and David Foster share a sense of humor.

The couple poked fun at each other, joking about their prenuptial agreements as they practiced for their upcoming concert tour.

The 35-year-old singer and the 70-year-old producer are scheduled to hit the road for "An Intimate Evening with David Foster - Hitman Tour," where they will perform for four months in venues such as Texas, California, Florida and many more.

McPhee joins her husband fresh off her Broadway and West End run of the hit musical "Waitress."

In an interview with People last September, Foster admitted that he is thrilled to be coming to cities he has never been to.

"This intimate show allows me to tell my story of my experience in the music business for the last 40 years. I bring along some of the greatest voices in the world, including the incredibly talented Katharine McPhee."

Meanwhile, McPhee told People that she is "extremely proud" to be featured "on this tour and to sing some of the songs he has written and produced."

To give their fans some idea what they expect from the shows, McPhee shared a video clip from one of their rehearsal sessions -- which was partly comedy and partly singing.

As McPhee sings, at one point, Foster said "She's making fun of my song." In response, his wife said, "You're using me for my talents."

Foster answered her, "You already got fifty percent. Didn't include theatrical releases, though."

The "American Idol" alumna then said "It's called a prenup" while looking at the camera.

McPhee captioned the video, "We are coming to a city near you starting next week! Come see us, and I swear we're fun."

Joking about their marriage is one of Foster's favorite past time, so much so that even Foster's daughters join the fun.

In an Instagram post by McPhee, she captioned a photo with Sara and Erin Foster on their Italian holiday with: "Taken minutes before I tucked them in and sang them a little lullaby,"

Before their wedding, Erin shared a screenshot from an article that declared that her dad's marriage to her stepmother cost $50 million. She captioned the pic "There goes my inheritance."

Erin continues to poke fun about it on the red carpet with her parents, saying she does not see what the big deal is with the age gap.

"She's only two years younger than me," Erin jokingly said.

Katharine McPhee and David Foster tied the knot in June 2019 in a London ceremony surrounded by family and friends.

"What was once a working relationship becoming a friendship and ultimately led us here," McPhee said, "I've known this man for 13 years now."

"Anyone who meets him talks about how charming he is, so much so that he eventually charmed his way into my heart," McPhee wrote on Instagram for Foster's 70th birthday.

The two met while McPhee was competing on the fifth season of "American Idol," where Foster became a guest mentor.