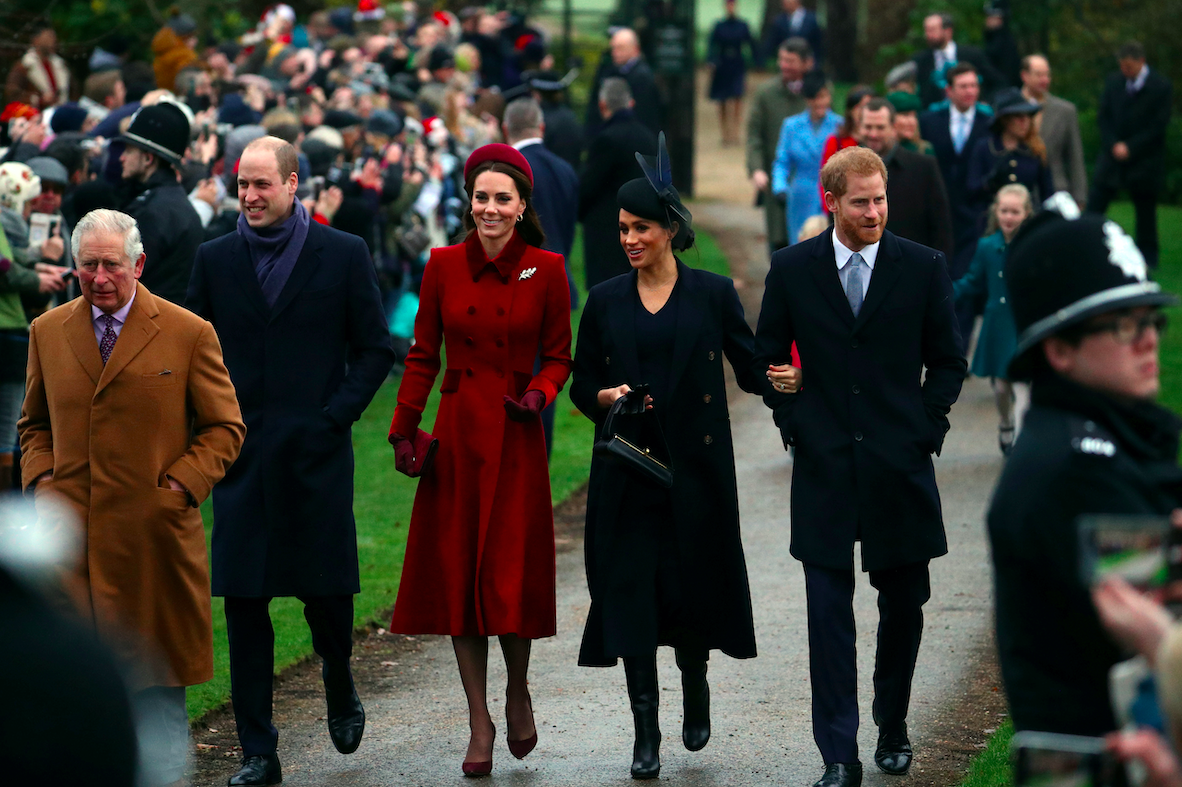 Prince Harry and Meghan Markle's bombshell announcement about their decision to step back as senior members of the royal family may have shocked the world. However, it also brought something good and positive.

Apparently, Prince Harry and his older brother Prince William decided to make up before the Duke of Sussex moves to Canada. The two-year feud ended after they realized that it was either "now or never."

According to The Sun, the royal brothers patched up their rocky relationship with "secret peace talks" to end their feud. It was also reported that their wives, Kate Middleton and Meghan Markle, were present during their discussions.

These talks were separate from conversations with Queen Elizabeth II over Prince Harry's future role.

"William and Harry have spent time together privately away from the official Sandringham Summit, working on their relationship and discussing their future," a royal source of The Sun said.

"It has been groundbreaking in terms of saving their bonds as brothers. Given Harry is now permanently moving away, there was a realization if they didn't sort things out, they never would."

These sentiments were echoed by Daily Mail's Rebecca English, who wrote on Twitter that negotiations over the "exit package" brought the two brothers closer than they have been for more than a year.

Another senior royal source told The Sun that Prince Harry and Prince William have decided to "cut out all the toxic people stirring around them" so they could deal with others as brothers.

"There have been serious differences in opinions, but the family warmth is back. And they're sad they're going to be so far apart," says the royal source.

Despite patching things up with Prince William, one royal family member still has not made a breakthrough with Prince Harry.

Prince Charles' relationship with his youngest son is described to be as "far more complicated," with there being a "lack of trust." The Prince of Wales is still at odds following the Sussexes' dramatic exit from royal life.

"It's fair to say that the past week has brought William and Harry back together, but the relationship with Charles and Camila is far more complicated and complex," The Sun surce added.

According to the Daily Mail, it is believed that Prince Charles is saddened by what has happened. However, he reportedly believes that if his son is going to be happier abroad, then seeing less of him and his grandson, Archie, is a price he is willing to pay.

Less than two weeks after announcing he and his wife will be leaving their royal lives, Prince Harry told an audience at a dinner for his charity in London that they had "no other option" and that the move was a "leap of faith."

"I want you to hear the truth from me, as much as I can share - not as a Prince or Duke, but like Harry, the same person that many of you have watched grow up over the last 35 years," Harry told the audience in the video posted on the Sussex Royal Instagram page

The 35-year-old Prince said that the decision they made to step down is not one he took lightly, adding that there were so many months of talks after years of "challenges."