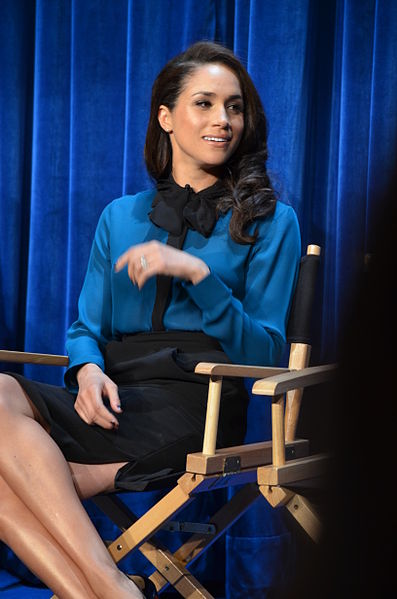 After Prince Harry and Meghan announced their decision to take a step back in their role as senior members of the royal family, Andy Cohen took the opportunity to offer Meghan Markle a role in "The Real Housewives Of Beverly Hills."

The "Watch What Happens Live" host, 51, left a comment on one of the posts in the official Instagram account of the Duke and Duchess of Sussex. The executive producer of the hit Bravo series wrote, "Open invite for the Duchess to join #RHOBH."

As soon as Prince Harry and Meghan Markle got back from their six-week holiday vacation, the two made the shocking announcement of "stepping back" from the royal family.

Sources told PEOPLE that even the members of the royal family did not know of their decision. Moreover, insider sources revealed that the royal couple did not consult the royal family of their plans and went ahead to shock the world and the monarchy.

Prince Harry and Meghan emphasized in their announcement that they want to be financially independent while supporting the Queen. The royal couple then unveiled their plan to divide their time living in the U.K. and North America.

The decision, they said, was a product of careful deliberation of their priorities. At the moment, the couple wants to focus on raising their child, Prince Archie, while working on their mental health.

The comment that Andy Cohen left was certainly spotted by the 10.3 million followers of the Duke and Duchess of Sussex. In fact, most of them left hilarious comments on it.

What kind of housewife of Beverly Hills will Meghan be? A follower commented that she would "die of happiness" if ever it happened. Another fan wrote "Forget Brexit. I'm here for a Megxit to Bravo, the station where the show is aired."

Prince Harry and Meghan's decision to leave their royal duties as senior members of the family, though serious in nature, has spurred a flurry of memes online. Amidst all the speculations about what would the royal pair do to earn a living and become financially independent, Twitter users exploded with users claiming that Meghan will be starring as herself in the coming seasons of "The Crown."

Twitter users have emphasized that Meghan's career kicked off when she starred in "Suits," but she could move on to the Netflix original series that revolves around the life of Queen Elizabeth II. Apart from that, the show also highlights the monarchy in recent times.

If Meghan and Harry decide to start a new life in the US, the offer to join "The Real Housewives of Beverly Hills" would surely be a perfect fit for Meghan.

Their dramatic decision has left everyone wondering what the couple meant when they said they are taking on a more "progressive role" in the royal family. How do they plan to become financially independent? Will Meghan be going back to Hollywood?

Perhaps, what everyone wishes to know is if the Duchess of Sussex would ever take on Andy Cohen's invitation. Will she be in "The Real Housewives of Beverly Hills" or will she start her own reality show as such as they settle down in Canada? The best for both Harry and Meghan is yet to unfold.

READ MORE: It's Official: Meghan Markle, Prince Harry To Be Stripped Down of Royal Titles