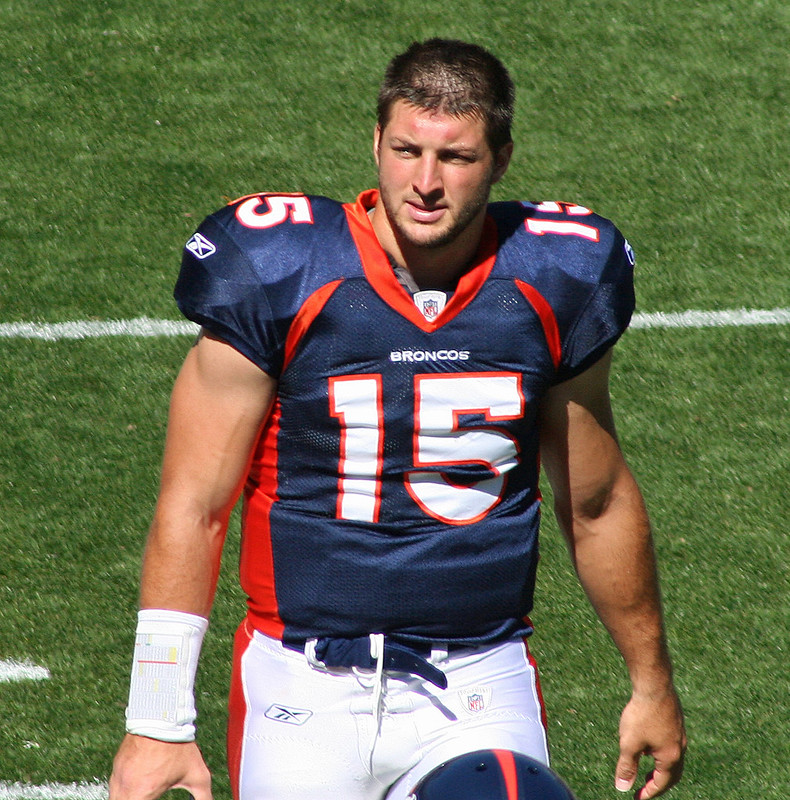 Miss Universe 2017 Demi Leigh Nel-Peters is now out of the dating league. The beauty queen recently said "I do" to her boyfriend sports analyst Tim Tebow.

The pair has been a couple since 2018 and only on Jan. 20, 2020 tied the knot in La Paris Estate in Cape Town, South Africa. The two had an intimate wedding ceremony at sunset, with their family and friends to witness their romantic exchanges.

Tebow reportedly proposed to the beauty queen on January 9, making their engagement period a short one. He staged the proposal outside his family farm situated in Jacksonville, Florida.

The Miss South Africa 2017 winner said yes to the former football quarterback and later celebrated their engagement with their loved ones on Jan. 11 in Lake Buena Vista, Florida. They had a fun time at the Walt Disney World Resort to commemorate their engagement.

The former NFL star-turned-baseball player and his fiancée previously had a wedding rehearsal in his homeland. Demi wore a red dress while Tim was spotted in a burgundy suit. The evening included speeches from loved ones and a proper run-through.

They had relaxing Bossa nova music and danced the night away. Tim later explained why they chose to get married in South Africa and not in the United States. Apparently, he believes in the "happy wife, happy life" motto, too.

The Wedding Suit and Gown

Miss Universe 2017 stunned on her wedding day wearing a custom wedding gown made especially for her by David's Bridal. Meanwhile, the groom looked dashing as well in a tuxedo made by Antar Levar.

Tebow and Peters had a sunset ceremony with about 250 guests in attendance. The entire ceremony lasted for about half an hour. The couple said their wedding vows in the most traditional way possible. Tebow went for traditional phrases like "till death do us part" and added "she is my universe," amongst other sweet what-nots.

Nel-Peters revealed that they wanted a traditional and intimate wedding that was also very elegant. "We definitely wanted to remember this day for the rest of our lives," added the beauty pageant winner.

As for the reception, they offered a sumptuous array of American and South African cuisine, combining the cultures they both grew up with.

Some of the recipes included steak, mussels, and an assortment of cheeses. The food also included Keto-friendly dishes. Tebow is known to be on the Keto diet and has been so for over 7 years now.

Tim revealed that he had been waiting his entire life to find someone special to spend the rest of his life with. "I was waiting for the right person," he revealed adding, "It was 100 percent worth the wait."

It should be noted that Tim is known for being a virgin, publicly revealing that he wanted to save himself for marriage. He is a religious man who waited for the right woman to do the special deed with.

Tebow further revealed that he looked forward to three special moments. These included the first moment that he sees his bride in her wedding dress, then their first kiss as husband and wife, and finally their first dance as a newly wedded couple. "All my dreams are coming true," capped the former athlete.

READ MORE: Maddison Brown Too Insecure To Marry Liam Hemsworth - But Why?