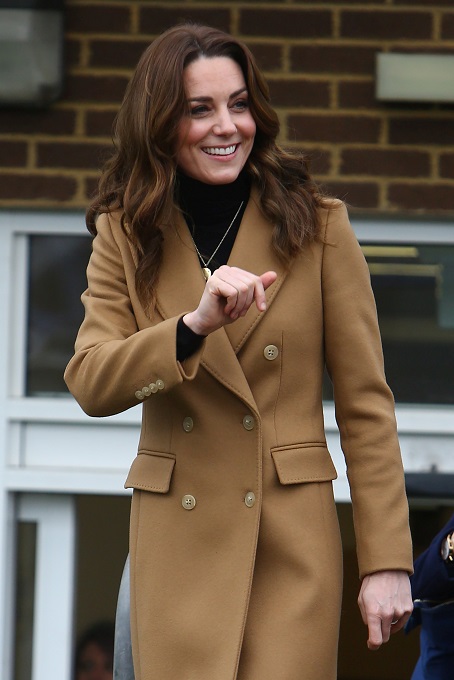 The so-called British Oscars are always well-attended by Hollywood's best. This year, the guests have been asked to dress sustainably, including His and Her Royal Highness, Prince William and Kate Middleton.

Hollywood stars, including this year's top nominees, are all jetting to London for the British Academy of Film and Television Arts (BAFTAs) -- or what the world considers as the British Oscars.

On February 2, Brad Pitt, Renee Zellweger, Charlize Theron and Scarlett Johansson are heading to the event for the awards night. However, this year, these A-listers have been hit with a sartorial code.

Apparently, everyone who will attend the event has been asked to "dress sustainably." This means that they have to re-wear, pick a vintage or rent out.

Prince William and wife Kate Middleton will be special guests to this weekend's BAFTAs. As these royals are considered guests to the show, they are encouraged to be the "voice for change."

The market reach of the Duke and Duchess of Cambridge will help the BAFTAs push their advocacy for a more sustainable awards ceremony.

If any of the guests insist on buying something new, a list of sustainable brands has been given to their respective P.R. teams. Brands like Reformation and Stella McCartney (which are well-supported by Meghan Markle) are included in the list.

The special requests to attendees and guests are part of the academy's plan to have the first-ever carbon-neutral awards ceremony.

A representative of the EE British Academy Film Awards 2020 told Harper's Bazaar that sustainability has always been important to BAFTAs. The organization is taking bolder steps to help save the environment.

From travel and food to the materials and the branding, the people behind BAFTAs is making sure that the awards will be as sustainable as possible.

Kate Middleton has always been known for her classic taste in clothes. She always steps out of the palace looking serene and elegant as one would expect from a future queen.

More importantly, Kate is known for reusing, recycling and rewearing her outfits, proving that her personal style is seriously working on their longevity.

As such, the issues on sustainability pushed forward by BAFTAs are nothing new to Kate . As she walks the red carpet next week, the Duchess of Cambridge will surely be making an impact on the event and everyone else watching the celebrities walk down the aisle.

Not Another Awards Night

The royal couple will be walking down the red carpet of a star-studded event, which is no doubt the biggest night in the U.K. cinema. They have made it a tradition to attend the event at the Royal Albert Hall in London. In fact, this is the fourth year in a row that they are at the awards ceremony.

Prince William, who is celebrating his 10th year of being president of BAFTAs, will be presenting the highest accolade, The Fellowship, to Kathleen Kennedy, producer of "Star Wars."

Earlier in the month, the Duke attended a meeting with the rest of the commissioning editors from the broadcast industry to discuss the environmental impacts of the programs they create. They talked about how they could become instruments in helping repair the planet.

The Duke of Cambridge is one of the brilliant minds that thought of encouraging everyone to become sustainable in their own way.

Last year, the Duchess of Cambridge wowed everyone in a white Alexander McQueen gown while the Duke donned a black dinner suit for the occasion. This year, everyone is waiting for what Kate will choose to wear.

For sure, she would be glad to use something from her closet again. After all, she and husband Prince William are all for sustainability and environmental care.