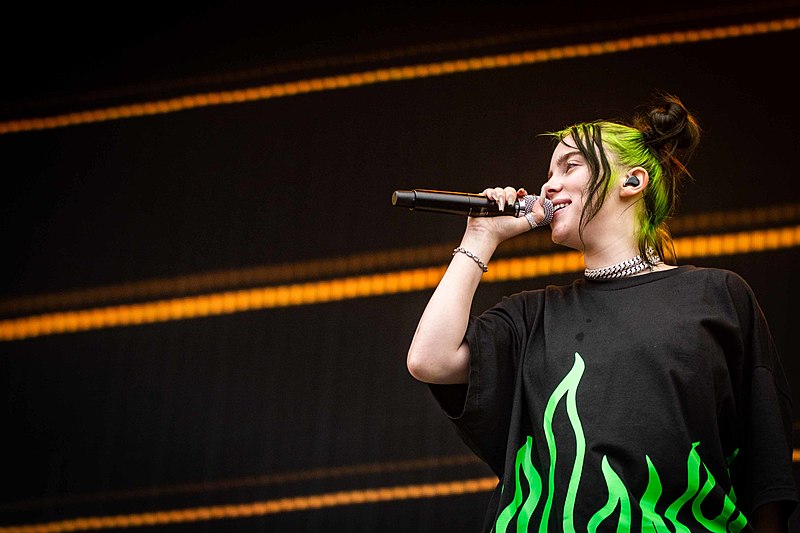 Billie Eilish is definitely making a name for herself.

The Academy has made an official announcement on Wednesday, revealing that the 18-year old star will be giving a special performance on the stage of the 2020 Academy Awards. The awards night is scheduled on Feb. 9.

Fans of the young singer were quick to give their reactions to the announcement of her special performance.

In the comment section, several Twitter users speculated that the special performance would be the debut of the song she wrote and recorded for Daniel Craig's new James Bond film, "No Time To Die." The movie is said to be the last James Bond film that the 51-year old actor will be doing.

Another commenter wrote, "Her name is Eilish, Billie Eilish," in reference to the famous line of every James Bond film.

On her official Instagram account, Eilish also shared the good news along with the photo that the Academy Awards used in its post. It came with a simply surprised face emoji.

Fellow artists quickly showed their support to the superstar. Quincy and Snoh Aalegra were few of the first to leave their comments to the post. Amanda Oleander, the podcast host, also wrote, "Can't-Wait."

The Grammys 2020 was definitely a big night for Billie Eilish. Host Alicia Keys and Dua Lipa, who both won the Best New Artist award previously, called the 18-year old singer as the best new artist for this year.

For what it's worth, Billie was against seven other nominees, including Lizzo.

In her acceptance speech, Eilish thanked her fans and the seven other new artists she competed with for the best new artist award.

"Mainly I think the fans deserve everything. I feel like they have not been talked about enough tonight because they're the only reason any of us are here at all," Eilish said, per E! Online. "So thanks to the fans...God, this is so crazy. I know that all the other artists that were in this category, I love you all, you guys are amazing. You deserve this just as much as I do. And I know your fans are hardcore and they're going to fight for you guys."

Everyone has been talking about Eilish since she swept the 2020 Grammy Awards on Sunday. The young singer was the first woman to ever win the top four categories of the night.

The "Bad Guy" singer is the youngest artist in history to ever record and write a song for the famous James Bond Film. She teased her involvement in the movie by sharing photos of the past Bond leading actresses such as Halle Berry, Eva Green and Lea Seydoux -- seemingly implying that she might be another "Bond" girl.

Seydoux is set to reprise her role in the upcoming James Bond Film.

The 92nd Academy Awards will air live from Dolby Theatre in Hollywood on February 9 at 8 p.m.