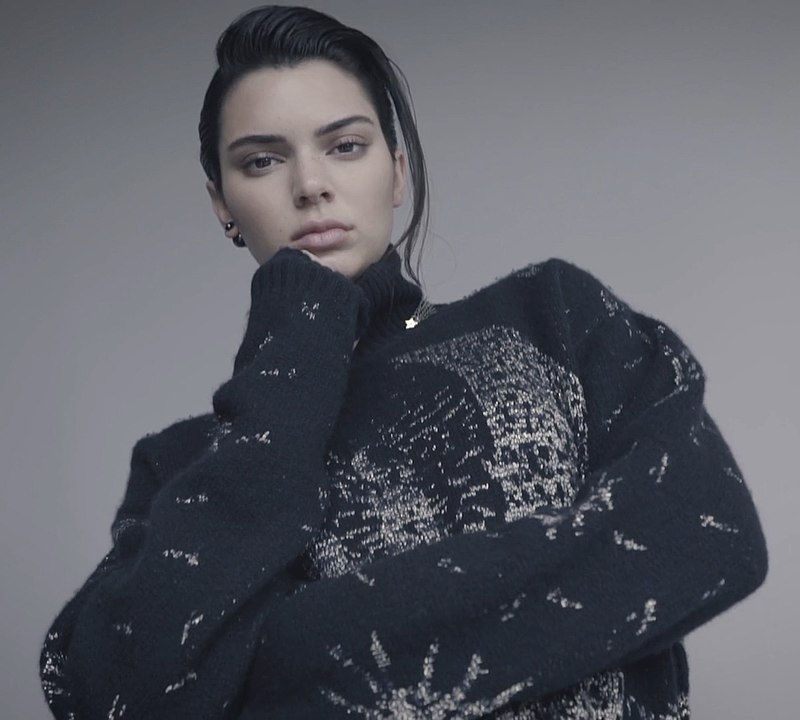 The second to the youngest among the Kardashian-Jenner siblings is probably the most low-key member of the family. She may get involved in some controversies, but she has always kept her cool and class despite malicious rumors.

Kendall Jenner may come close to her Instagram Queen sisters, but her 122 million followers sure know that Kenny owns her feed with a balanced content about fashion and little something about her personal life.

On Tuesday, the Victoria's Secret supermodel once again took to social media to post a cute and innocent content that was eventually misunderstood by many.

The 24-year-old Kendall posted a short clip of herself swinging her arms up and down while facing a bathroom mirror. "The Keeping Up With The Kardashian" star showed off her perfect supermodel-like long limbs by reaching her right arm up in the air and to her side.

Despite being fully covered from all-black turtle neck top and pants, Kendall's slim figure was still showing and could be an instant source of envy.

The video shows how her waist is proportional enough to the size of her hips and the rest of her body parts. Another culprit of envy could be her thigh gap or the spaces in between thighs, which is now considered sexy.

Kendall captioned the roughly five-second video with only one word: "wingspan." As of writing, her post already has 15.1 million views.

Cambridge Dictionary describes wingspan as "the distance between the ends of the wings of a bird or aircraft."

However, what seems to be an innocent Instagram post sparked fury from fans who slammed Kendall's choice of words, gesture and timing.

Some Instagram users claim that Kendall's post is an insensitive choice of content following the sudden death of NBA legend Kobe Bryant, who was killed in a tragic helicopter crashalong with his 13-year-old daughter Gianna Bryant and seven others.

Comments from her post say that Kendall is insinuating "helicopter hands," while others point out that the supermodel should not have used the words wingspan as her caption.

"Wow! I knew the Kardashian's were dumb as f**k, but this is just a step too far. Helicopter arms??? Are you actually serious?!" another Instagram user wrote.

Despite the negative vibes on Kendall's comments section, one fan came to her rescue and slammed haters, saying: "helicopters don't even have wings."

View this post on Instagram
sadly, i never personally knew you, but knowing i’m capable of all these emotions for someone i only knew from a far makes me feel more human than ever. you had the magical ability of bringing people together, through sports and through your soul. we feel you so heavily today, i know you can feel us too. rest peacefully Kobe, Gigi and the rest of the passengers we lost today. my heart truly goes out to all the families. give a big hug to the people you love today and always A post shared by  Kendall (@kendalljenner) on Jan 26, 2020 at 2:59pm PST

The controversial wingspan video came after Kendall posted an Instagram tribute to the 41-year-old basketball icon. Kenny said that although she did not personally know Kobe, he wishes him and Gigi to rest peacefully.

"Sadly, I never personally knew you, but knowing I'm capable of all these emotions for someone I only knew from a far makes me feel more human than ever," Kendall wrote alongside series of photos of Kobe and Gigi.

READ MORE: Vanessa Bryant Breaks Silence on Tragic Death of Kobe Bryant, Gigi: 'I Wish They Were Here With Us Forever'