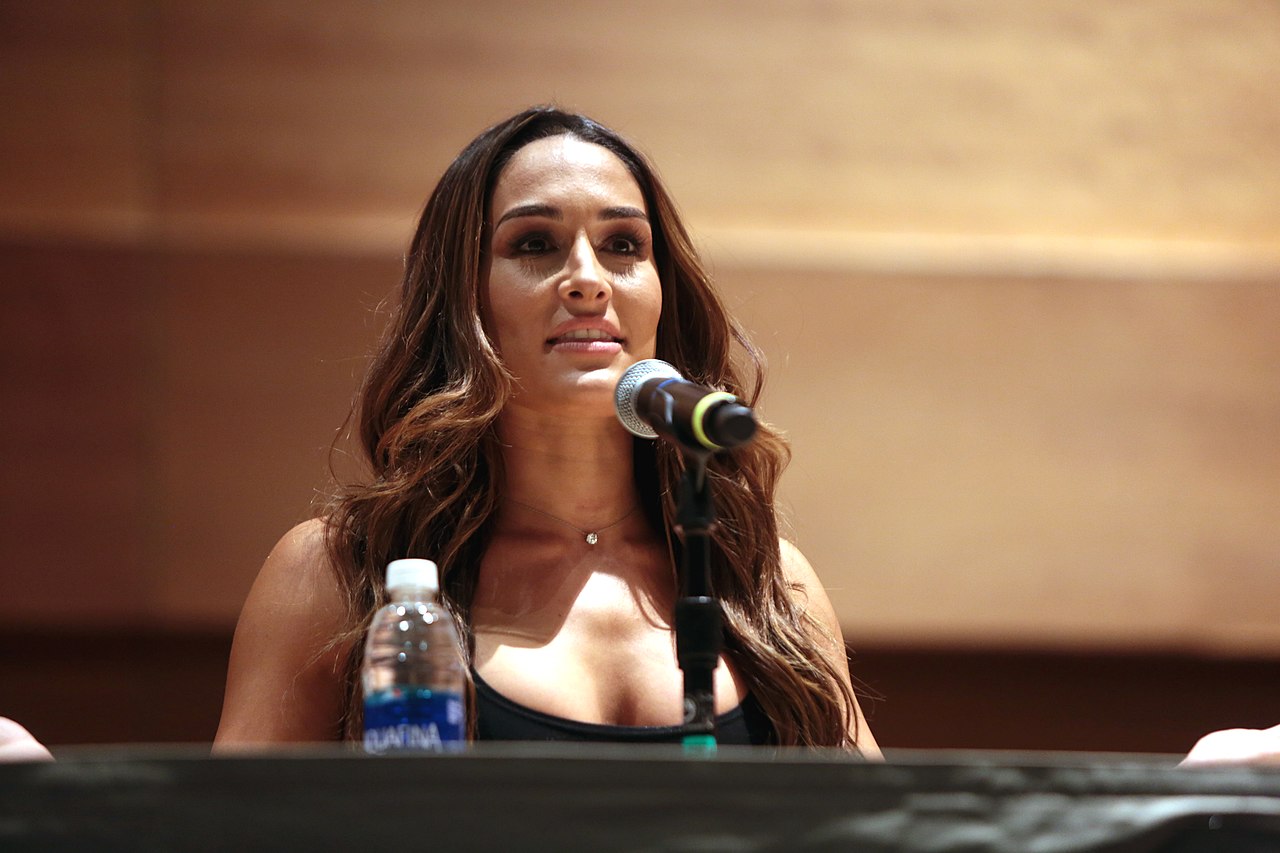 John Cena's ex-girlfriend Nikki Bella admitted that she was nervous about committing to her current fiancé Artem Chigvintsev.

The 36-year-old retired professional wrestler told People Magazine that she pushed herself past nerves after her break up with Cena to allow herself to open up to someone new.

The two broke up in July 2018, weeks before they were due to get married.

According to Nikki, "It definitely took time working past the nerves. I feel like when you have a love like that, you never fully move on because that person touches your life so much."

"Sometimes, these people that are in your life, they're almost like mothers, and you have that attachment because they care for you or they take care of you so much, so when that's gone, you romanticize, and you get these feelings that come up," Nikki said on her struggles to move on from her previous relationship.

Nikki also revealed that she went into therapy, meditation, and journaling to overcome the bad feelings she had after her breakup with Cena.

The other half of the Bella Twins also has concerns that if she goes public with Artem, it will hurt Cena. She added that she did not want for Cena to think that the photos of her and Artem that would circulate were meant to hurt him intentionally.

Nikki wishes she could have lived privately so no one would get hurt. She also admitted that it took a while for her to get used to loving another person because she does not want anybody to get hurt.

While Nikki said it took her time to commit to Artem, she highlighted that she fell in love with him so fast.

"I'm so in love. It's just, and it's scary," Nikki said before saying that they are complete opposites.  "I never would have thought I would have been with a Russian ballroom dancer. It's crazy. I slammed people for a living."

Furthermore, Nikki said that she gets protective of Artem and their relationship because he continually gets compared.

When news broke that they were engaged on January 3, Nikki confessed that she did not want to announce it right away because she was not ready for the backlash.

It made her nervous about him, their relationship and their families. In fact, Nikki even questioned herself from within: "Was it too soon? I'm in love. But why am I double thinking it?"

Speaking about her relationship with John Cena, Nikki claimed that the timing for them "was off." She expressed about her desire to be a mom, but Cena was unsure if he ever wanted kids.

Nikki also mentioned that her twin sister Brie "was there" for her "a lot."

Interestingly, news broke out on Wednesday that the two former WWE Divas are both pregnant and are due within two weeks of each other.

Nikki told People Mag that many thought it was a joke. However, even the twins were shocked and were afraid that people might think that they planned it.

As Nikki said it, though, "you can't plan pregnancy."

In her Instagram post, Brie said she "never in a million years" thinks she and her twin sister would be pregnant at the same time.