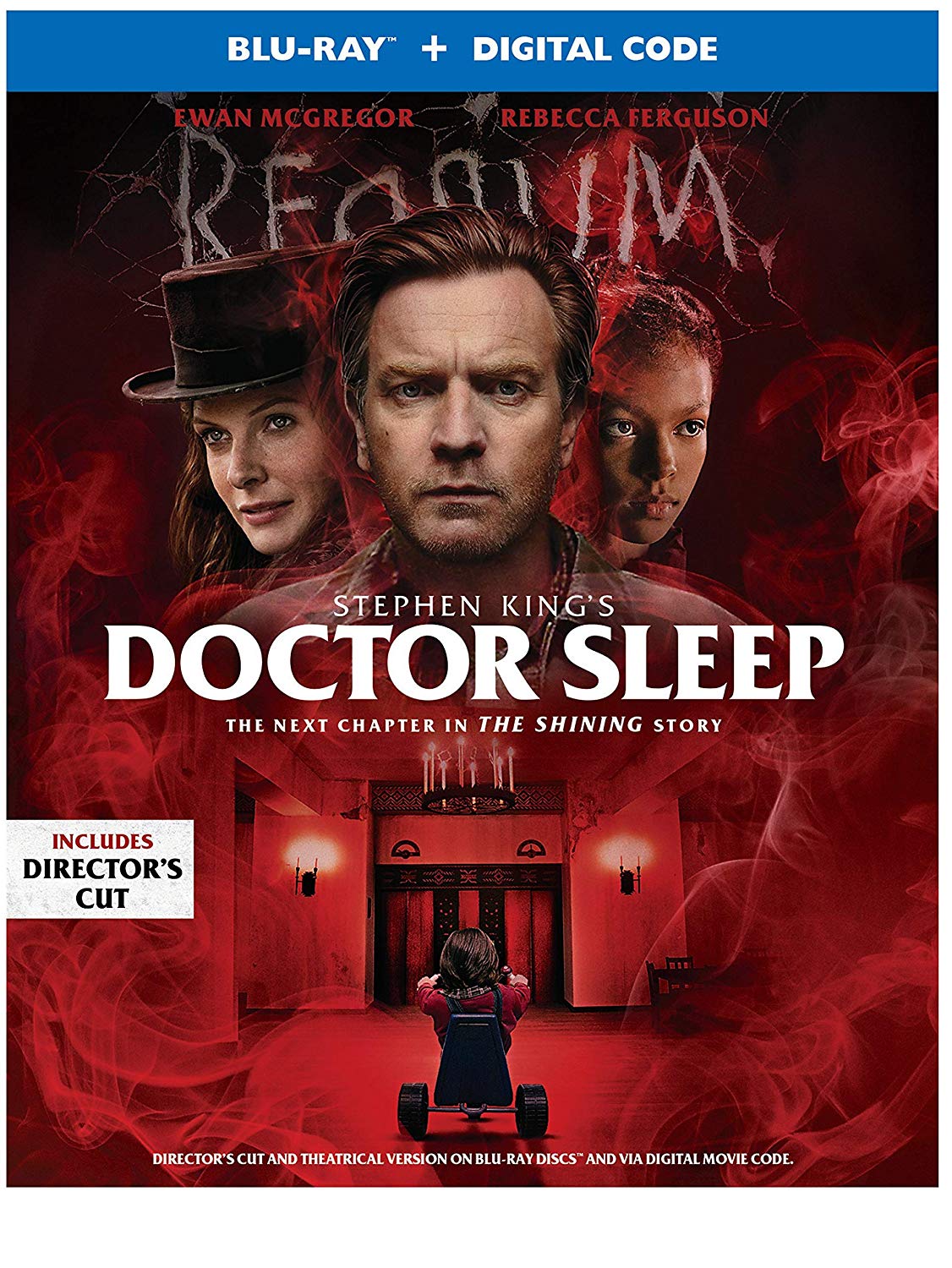 After its book and movie went viral, "Doctor Sleep" is now ready to conquer your home with its blu-ray release. However, after its previous success stories, will it be worth it to purchase a 4K Blu-ray version of the movie on Amazon?

Having blu-ray copies of your favorite films at home is the "in" thing to do nowadays, most especially if you are into home theaters. This kind of releases does not only provide you picture-perfect scenes, but also offers you bonus scenes (i.e director's cut) if you are lucky enough.

One of the most-awaited releases this month is Stephen King's "Doctor Sleep." Since Warner Bros. slated its official release date at Feb. 4, you can now expect a special gift from you favorite author by purchasing the blu-ray version of the film on Amazon.

What "Doctor Sleep" is All About?

The follow-up film of Stephen King's 2013 movie "The Shining" revolves around the life of Dan Torrance, who became a psychic hospice orderly in the movie.

Here's the official synopsis of the film:

"Forming an unlikely alliance, Dan and Abra engage in a brutal life-or-death battle with Rose. Abra's innocence and fearless embrace of her shine compel Dan to call upon his own powers as never before-at once facing his fears and reawakening the ghosts of the past."

Ewan McGregor plays the role of Dan Torrance, and he is joined with Rebecca Ferguson (Rose The Hat), Cliff Curtis (Billy Freeman), Jacob Tremblay (Bradley Trevor), and Bruce Greenwood (the newest addition to the cast under the name of Dr. John).

If you are a fan of Stephen King and have previously read his novels, most notably "Doctor Sleep," we are sure that you have wanted to see its additional scenes. Moreover, who would not want to get some freebies after its director Mike Flanagan announced the director's cut on his Twitter account?

According to Flanagan, the almost-30-minute-runtime cut will push the adaptation's running period to a full three-hour movie. The release will also include a Blu-ray box art for a maximized viewing experience.

In addition to the aforementioned footage, the blu-ray release will also include extended and new scenes. Aside from the significant additions, it also has special features such as "Return to the Overlook," "The Making of Doctor Sleep: A New Vision," and "From Shining to Sleep."

How Much Is It?

Amazon provides "Doctor Sleep" fans with a number of choices for this version.

Meanwhile, a DVD is the cheapest among the three, costing only $17.96.

Fans can also choose to purchase both Blu-ray and a digital copy of the dark fantasy movie at $27.96.

Now, the only question left is, is it worth your money?

If you are a fan of Stephen King;s works, the blu-ray version of "Doctor Sleep" is a masterpiece worth buring. This one film -- which is created by the award-winning author of horror, suspense, and fantasy novels -- surely deserves to be watched over and over again.

Will It Be Available On Netflix?

Now that it will be officially available for purchase on Amazon, some fans expect it to be available on Netflix as well. However, that is not possible this moment since it is a picture produced by Warner Bros.

The entertainment giant will be launching its own streaming service soon, HBO Max, where "Doctor Sleep" is expected to be released instead.