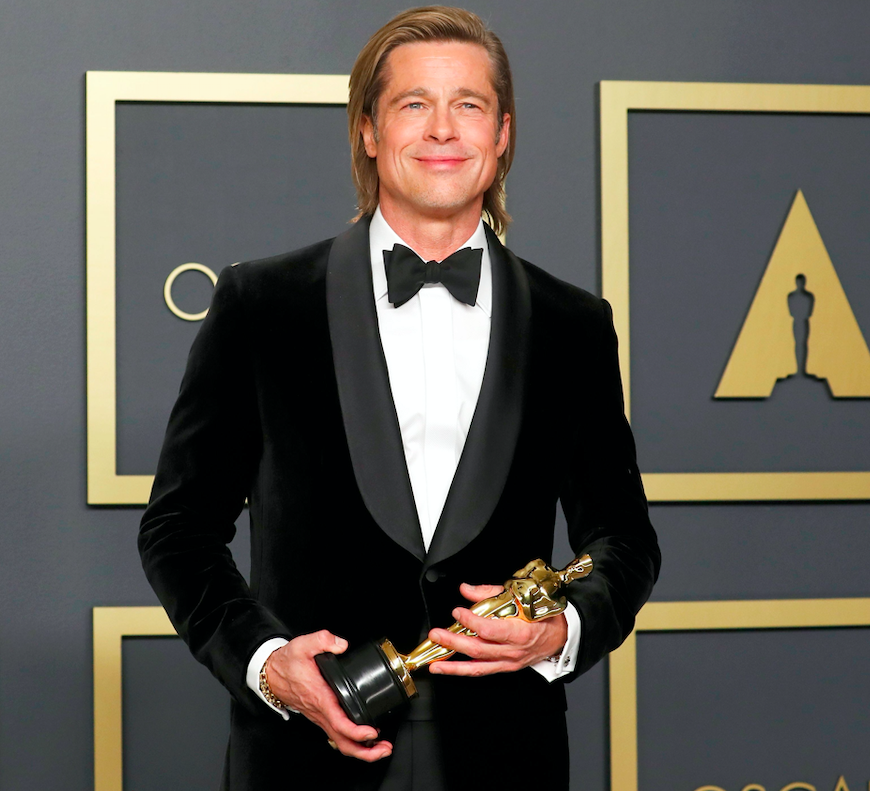 Brad Pitt is making the most of his moment in the limelight these days.

In the past few weeks, he has been making headlines for his comments about adding his Screen Actors Guild Awards trophy to his Tinder," his speech about a guy who "gets high and takes his shirt off," and of course, his other self-deprecating acceptance speeches that he pens themselves when he won awards.

It must be Brad Pitt's lucky year because he also won Best Supporting Actor at the 92nd Academy Awards for "Once Upon a Time... In Hollywood."

Aside from winning at the awards ceremonies, Page Six has also reported that he won the war started by his second ex-wife Angelina Jolie.

Insiders told Page Six in 2018 that Jolie started a "whisper campaign" to paint her ex-husband as a "deadbeat dad" with the ongoing custody fight for the couple's six children.

The insider said, "I felt - and so did lots of us - that Brad was muted during his relationship with Angelina. He was distant. And now, we have him back."

A source close to Pitt said, "I wouldn't say muted, because they did a lot of really good work together internationally."

However, it was noted that Jolie did most of the talking and was more "aggressive in setting agendas and priorities."

Ian Harperlin's book, "Brangelina: The Untold Story," also alleges that Angelina Jolie launched a mean-spirited but effective campaign to smear Jennifer Aniston after getting with her then-husband, Brad Pitt.

Jolie reportedly planted press stories in 2005 that painted the "Friends" actress in a negative light that says she's prioritizing her career over starting a family.

"She was convinced that this is the story that would resonate with all these women who saw her as a man-stealer," the author said.

In 2018, Jolie was reportedly on a mission to shame her ex-husband, filing a court claim that the actor failed to pay child support, but Pitt's camp claimed that he spent more than $9 million since the 2016 split.

During their divorce hearing, the judge reportedly scolded Jolie for trying to drive a wedge between Pitt and their children. Now, Pitt gets to see his children for four hours every other day and 12 hours on weekends.

The world was shocked when the "Tomb Raider" actress filed for divorce in September 2016. It reportedly came days after an alleged private jet altercation between Pitt and their oldest son Maddox, where the teen is said to have stepped in to defend his mother whom Pitt was reportedly yelling at.

Even the FBI was dragged into the matter, but the LA County Department of Children and Family Services cleared Pitt.

In court documents, the award-winning actor's lawyers called out Jolie and her legal team for filing papers that are "calculated to increase the conflict" and are a "thinly veiled effort to manipulate media coverage."

Even though there's a schedule of custody and financial agreement, Jolie allegedly wants to end their marriage "as soon as possible."

But despite Jolie painting her ex as the bad guy, sources say that Pitt is getting a lot of love from his peers.

"There's a lot of love and respect from Hollywood because of his talent and how supportive he has been of others and how easy he is to work with," said the Page Six source.

The source added, "He's a good guy, and that will be his legacy."