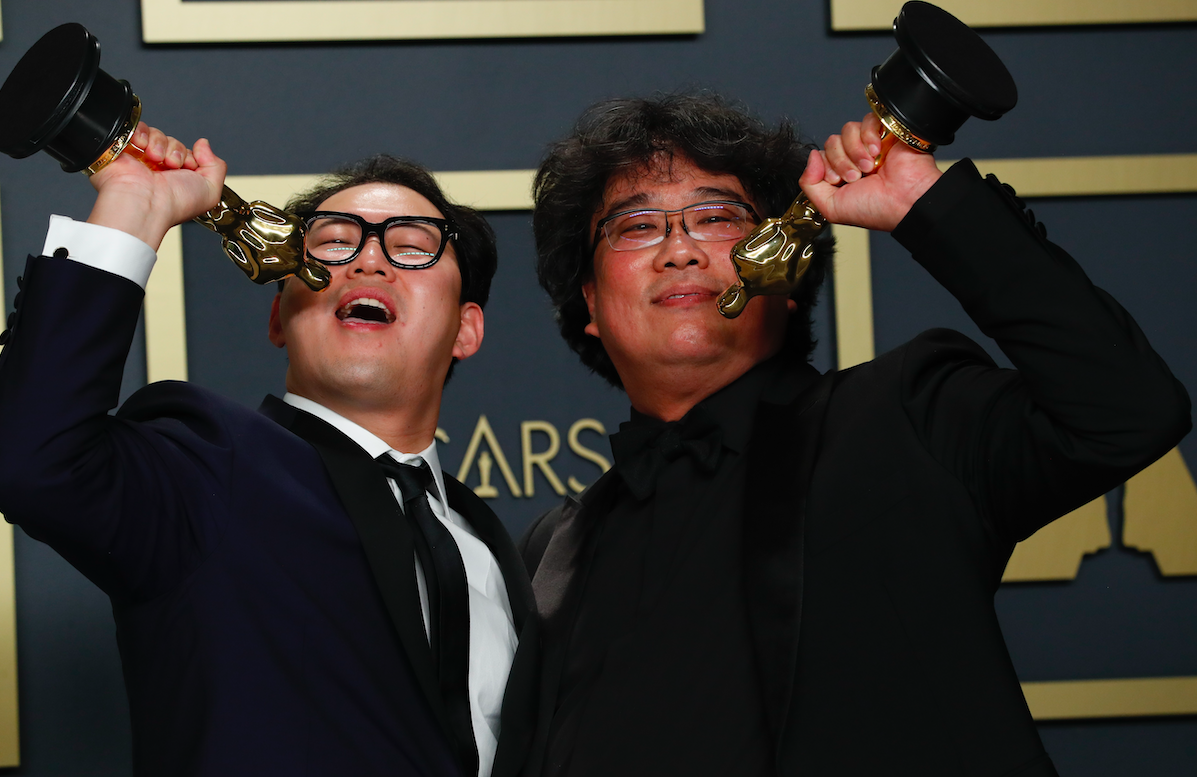 This week's headlines will mostly consist of what happened at the 92nd Academy Awards last Sunday.

Oscars 2020 brought together all of Hollywood's great minds and performers to celebrate, and there were some fantastic red-carpet looks and unforgettable moments. Of course, some golden Oscar statues were given to a few people.

While many tuned in to see who brought home the bacon, there were a lot of other moments at the ceremony that is worth watching.

From the cute interviews to awkward run-ins and new memes, here are the top five cutest moments at this year's Oscars ceremony.

"Once Upon a Time in Hollywood" actress Julia Butters brought a turkey sandwich inside her purse to the Oscars.

The 10-year-old breakout actress told a journalist on the red carpet that she does not like some of the food served in the event.

Speaking with ET, she said he was "smart this time" because she was left famished in the other awards shows.

"I was hungry, I was starving and sometimes, either they don't have food or I don't care for the food," Butters said.

Butters joins her co-stars like Leonardo DiCaprio and Brad Pitt, saying, "They deserve all the success that's coming to them, and that has come to them."

Julia Butters brought a turkey sandwich in her purse because "I don't like some of the food here. #Oscars pic.twitter.com/sCDTr4GZYq — Amy Kaufman (@AmyKinLA) February 9, 2020

Bong Joon-Ho and Renee Zellweger Hang Out at the Bar

There was a lot of backstage antics, as well as meetings in the green rooms and bars. Luckily for the cameras, they were able to catch on camera Renee Zellwegger and director Bong Joon-ho at the bar.

Zellweger was at the bar first with her Oscar statue, then the director and his collaborators and translator entered the bar. The filmmaker instantly zeroed in on his new friend.

The two locked eyes and joked about "meeting again" at another one of these award ceremonies. At the engraving bar, the lucky winners hand over their statues to have theirs engraved on it.

The actress got hers first, and because Joon-ho had a lot of statues to get engraved at the end of the night, the actress joked and said the director "needed to make room" for "Parasite's" statues.

Bong sheepishly apologized to the Oscar engravers tasked to handle all the little gold men, saying "sorry for the hard work" before adding "too many." Lucky for the director, the engravers did not seem to mind.

Bong Joon Ho apologizes to the engravers for having too many #Oscars https://t.co/hWATPNesC8 pic.twitter.com/u5XuaKBdki — Variety (@Variety) February 10, 2020

Because they are British, Davis acknowledged that it is sometimes hard to understand their accent.

"Sometimes you don't even know what we're saying," Davis said.

The two have a unique friendship. In a hilarious exchange, Davis told Rancic that his "bff" Yates is "the funniest child or funniest person" his age that he knows. In response though, Yates emphasized they were not the same age!

At the red carpet, the two can be seen jumping around, posing for the cameras. They are just having the time of their lives.

When asked how are they enjoying their night, the little stars answered, "Let's die of sleep loss!"

"Parasite" swept the Oscars this year, winning a total of six awards. The movie is even the first international film to win the Best Picture.

It is not surprising that filmmaker director Bong Joon-ho would look at his statues like they loved him. So in the clip where the film won Best Screenplay, people are already creating memes out of it.

One said, "Bong Joon-ho admiring his Oscar is a vibe."

Another said, "Ladies, if he doesn't look at you like Bong Joon-ho looks at his Oscar, he ain't the right dood."

i want someone to look at me like bong joon-ho looks at his oscar pic.twitter.com/zlHzxrJP2z — clemmie (@cIemmie) February 10, 2020