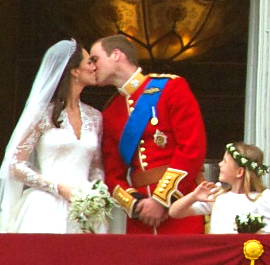 All aboard and ready for the yearly getaway as the whole family of the Duke and Duchess of Cambridge are planning to take their break away from the royal duties.

Prince William and Kate Middleton slowed down and cleared their busy schedule to make some quality time while the kids, 22-month-old Prince Louis, Prince George, 6, and Prince Charlotte, 4, are on their school's half-term break.

The young Cambridges both attend Thomas's London Day School in Battersea in West London together with their royal cousin, Miss Maud Windsor who is the daughter of Lord and Lady Frederick Windsor.

Activities for the family of five have not been confirmed however they are set to leave the royal residence, Kensington Palace on Monday, February 17 until Friday, February 21 and head to their Georgian country house in Anmer Hall, Norfolk. The lavish retreat house was given to the couple by the monarch as their wedding gift in 2011.

During the royal family's vacation in 2019, Kate took George and Charlotte to a luxury Norfolk hotel complex where she organized swimming races for the children.

The family vacation was only just a month after Buckingham Palace's announcement that the Duke and Duchess of Sussex will be stepping down as working members of Britain's monarchy in exchange for a simpler life outside the UK.

According to an entertainment site RadarOnline.com, Kate and Prince William are relieved that the Sussex are resigning from their position as the senior royal.

"It is a big sense of relief for Kate since she never knew what she was getting with Meghan". The source also added, "William and Kate couldn't be happier with Harry and Meghan's decision".

Bad blood between the royal Fab Four has been circling the news for years with reports that Meghan left Kate in tears for being dictatorial over Princess Charlotte's bridesmaid dress for the Dutchess' wedding.

Prince Harry, however, brushed aside the issue and backed his wife with their decision. “And she does, and she's the same woman I fell in love with. We both do everything we can to fly the flag and carry out our roles for this country with pride. Once Meghan and I were married, we were excited, we were hopeful, and we were here to serve,"

The Duke of Cambridge also re-assured the public that he and Meghan will always show their support towards the United Kingdom. "For those reasons, it brings me great sadness that it has come to this. The decision that I have made for my wife and I to step back, is not one I made lightly.

He also added "And I know I haven't always gotten it right, but as far as this goes, there really was no other option. What I want to make clear is we're not walking away, and we certainly aren't walking away from you."