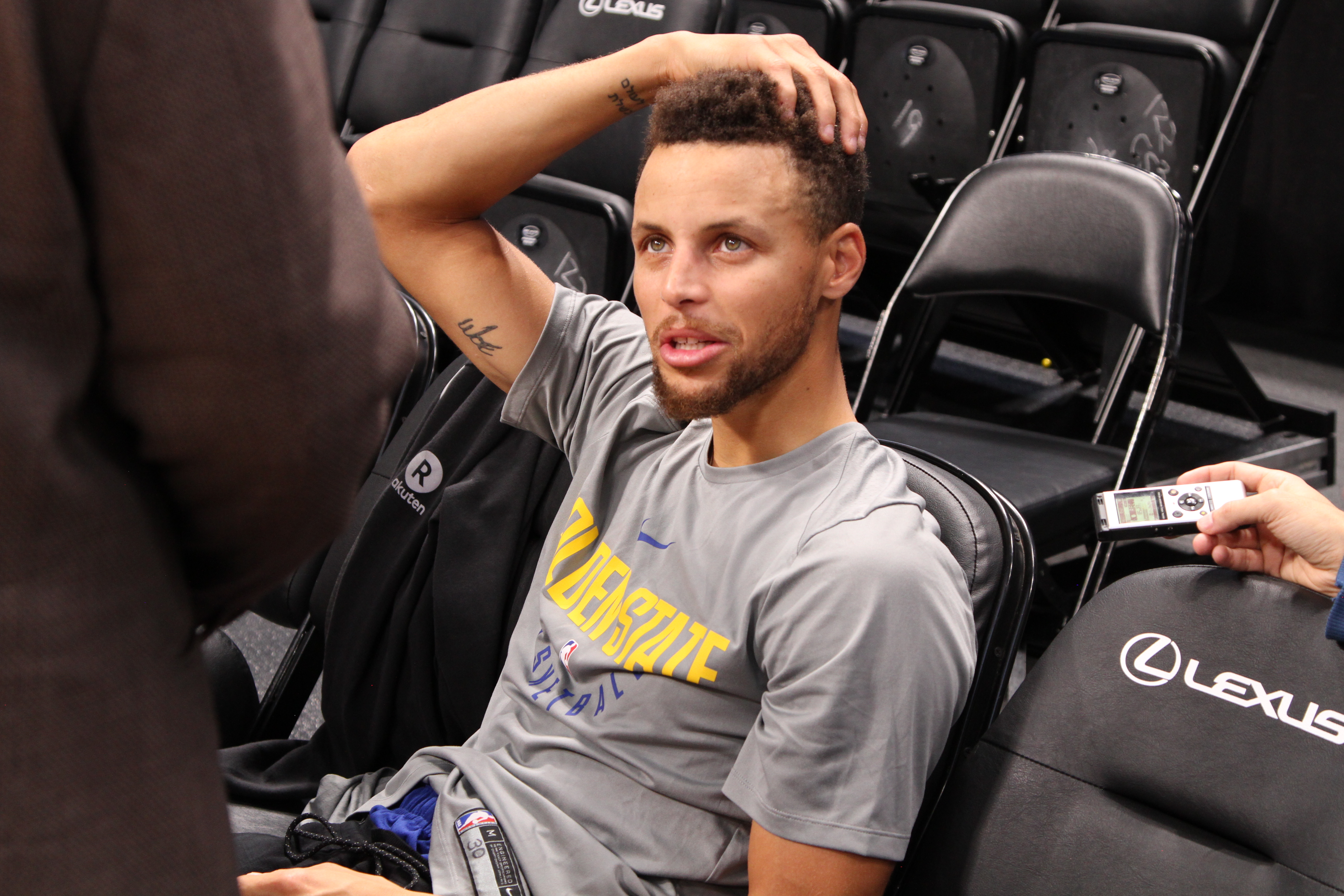 Once again, the Currys never fail to show how much of a #FamilyGoals they are. From having successful individual careers, beautiful children and just by showing off how to spend a perfect R&R.

Amid the NBA All-Star break, Stephen Curry spent his time off the court with wife, Ayesha Curry, as he remains sidelined due to his hand injury.

In his Instagram post which he captioned "Vacation vibes with my one and only," Steph shared a steamy snapshot of him and Ayesha, who was wearing a green bandeau and low rise bikini. In the photo, Ayesha wrapped her legs around his husband's waist and licked his forehead.

Of course, the post-Valentine pic went viral and reached more than 3 million likes and a bazillion of responses.

The celebrity cook and entrepreneur shared her thoughts on her husband's post and joked, "You coulda at least popped a filter on this. I love you though."

The A-list couple appears to be in Cabo San Lucas, Mexico. The resort city is one of Mexico's top tourist destinations and is known for its picture-perfect beaches, scuba diving locations, the sea arch El Arco de Cabo San Lucas, balnearios, and wonderful marine life.

Curry on Time Out

As mentioned earlier, the two-time MVP and three-time champion has been out for three months now after he underwent successful surgery for his broken left hand.

The Warrior superstar was injured during the third quarter of their October match with the Phoenix Suns. He broke his hand after Aron Baynes fell on top of him.

Trending For The Wrong Reason

However, Steph and his camp quickly denied the rumors. Per the San Francisco Chronicle, a Warriors source vehemently said, "Of course it's not him".

With Stephen's success in basketball and Ayesha a budding restaurateur and host, it is evident that they are one of Hollywood's power couples.

After nine years of being married, the couple still stays very much in love with each other. In her interview with Hello Giggles, Ayesha pointed out that communication plays a major role in their relationship.

"I want to say that we're good communicators, but maybe that wouldn't be a surprise. But that's what keeps our bond strong. Even when we don't want to talk about something, we talk about it," the 30-year-old mom-of-three previously said.

"Especially from my perspective, I'm a lay it all out on the table kind of girl, so whether it's a tough conversation or an easy conversation, I never have a tight lip. I tell it like it is and I tell it straight, and ultimately I think it keeps things a lot better for us."