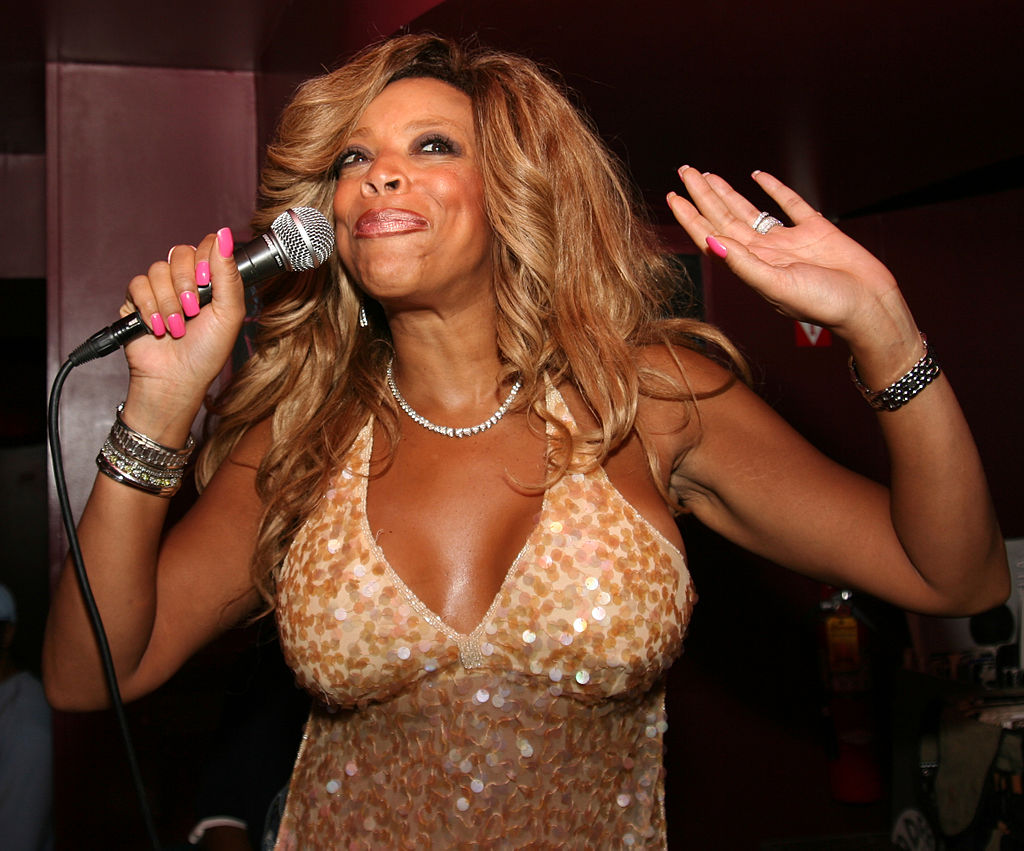 That only means she is free to see whoever she wants and will have no problem sharing a glimpse of her dating life with fans.

Wendy has finally made her relationship Instagram official with jeweller William Selby, also known as Big Will and Willdaboss. On Friday, she posted a photo and captioned it, "He sent his car for me... dinner in pursuit. Happy Friday!"

The apparent couple was spotted out that night, Wendy walking arm-in-arm with her new beau.

In another photo, she shared what they had for dinner and lastly, a picture of the two getting close and cozy in their artist friend's studio.

Selby is a New York City-based jeweller who has worked with celebrity clients such as 50 Cent and Drake. He has previously posted about the host multiple times on his Instagram page, including one for Valentine's Day last week.

Last week, Wendy was spotted wearing a heart-shaped diamond necklace, which she revealed was from a mystery man.

That same day, Selby posted that specific clip to his Instagram and captioned it with, "V-Day Special for the incomparable @wendyshow."

Wendy previously referred to his new man as a "friend" and as her "jeweller" and nothing more.

Speaking to The Tonight Show with Jimmy Fallon, Williams said she does not have a type when she dates, adding: "When you get grown you realize that within five minutes, even the worst guy, visually or size-wise or whatever, if he's got game, I'm in."

When asked if she had any other qualities that she was looking for in any future partner, Wendy answered that she just wanted to be "treated with respect."

"As long as he can pay his own bills, because those days are over," Williams added, referencing to her bitter split from her ex-husband.

In the same interview with Jimmy Fallon, Wendy opened up about her desire to get married in the near future.

"You can ever say never! As my marriage was crumbling, I knew in my mind, and now I'm finally divorced," Wendy said, per Hollywood Life. "I want to get married again - I do, I do. I don't know if it'll happen again, but you know, I'm dating."

While she kept her lips sealed in revealing the new man in her life, she said that there are some "qualified suitors" that met her standards.

Sure enough, that man is clearly Selby.

The 55-year-old finalized her divorce in January, and according to court documents, the cause of their split was irreconcilable differences.

The two agreed to forego alimony. However, the host decided to keep a $1 million life insurance policy on herself that will go to Hunter if she died, but she has the right to reduce the amount every year.

The document also said that Wendy is responsible for covering her ex-husband's health insurance under her current policy.

The two also agreed to split their proceeds from their New Jersey home when it is sold. Currently, it is listed for $1.7 million from its $1.9 million initial asking price.

Their joint bank account will go to Wendy, and all of Hunter's shares in the Wendy William Productions Inc. will be signed over to his ex-wife.

Wendy remains the sole owner of her production company.

Wendy Williams and Hunter were married for over 20 years before the show host filed for divorce in April 2019. Nonetheless, despite their split and rumors of his alleged infidelity, Wendy still wants to be friends with her ex-husband.

"Not because we have a son, but because that was real love. I still love him just not in that way," she spoke in "Sway in the Morning" in August 2019.