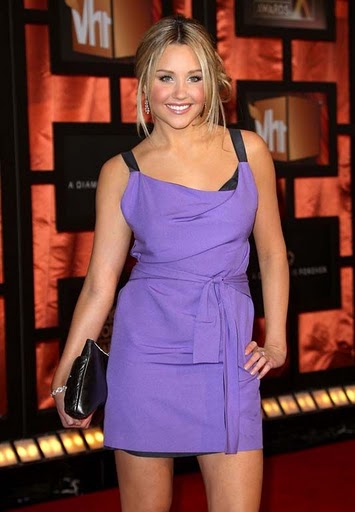 Things did not work out between the former teen star and fiancé Paul Michael after they called it quits three weeks after announcing their engagement.

Paul failed to give any further details about the break-up; however, as reported by In Touch, it was confirmed that the two ended their relationship but are still on good terms despite what had happened.

"We did. I love her though, she's my best friend," Paul told the entertainment site.

As for the Nickelodeon alum, a source told Us Weekly that the actress is not in better shape as she is struggling with the split.

"Amanda is really upset about it and not taking it well at all," the Us source poited out.

It was reported, however, that the actress' conservatorship was the reason behind the split.

"Paul realized the relationship just couldn't go forward because of the obstacles of the conservatorship and Amanda must live at a sober living facility," the same source told Us Weekly.

Unfortunately, Amanda's mother and her current conservator, Lynn Bynes, does not allow the "Hairspray" actress to get married while under the conservatorship.

Another issue being thrown to Amanda is her refusal to enter a psychiatric facility as ordered by the court.

Per The Blast, it was determined by the judge that Bynes must undergo a series of psychiatric treatment. However, Amanda failed to show up during her appointment over the weekend.

Present in the said secret court hearing were her parents and her ex-fiance.

Rumors sparked about the split after the 33-year-old actress deleted all her photos with her ex-fiance and shut down the comments section of her Instagram.

The now-deleted post was captioned "Engaged to tha love of my life," as she showed off her huge emerald-cut engagement ring.

Amanda also shared a video of them as she introduced Paul to her fans.

"Hey, everyone, this is Paul, my fiancé. I'm so lucky. As you can see, he's drop-dead gorgeous. He's also the best person on the face of the Earth," Bynes declared in the video.

After her Hollywood meltdown in 2012, the former teen star was placed under the conservatorship of her parents in 2014 up to 2018. It was then extended to another two years, thus forcing Amanda to seek for her parents' approval before her wedding with Paul Michael.

Her showbiz career went downward spiral after being arrested for drunk driving and an alleged hit-and-run case.

The public and industry observers were alarmed with Amanda's odd behavior after being associated again with legal trouble due to driving on a suspended license, which was cited twice, and another hit-and-run incident.

In her 2018 interview with Paper Magazine, the teen star opened up about her experiences and how fame affected her life.

"I'm really ashamed and embarrassed with the things I said,"

The actress also added: "I can't turn back time but if I could, I would. And I'm so sorry to whoever I hurt and whoever I lied about because it truly eats away at me. It makes me feel so horrible and sick to my stomach and sad. Everything I worked my whole life to achieve."

Amanda also admits she wants to return to acting and pursue a clothing line.