Even during their last and final royal engagement, Prince Harry and Meghan Markle were caught in the middle of tension and drama. It was the first and last time that the Duke and Duchess of Sussex were reunited with the rest of the royal family since their controversial decision to step down as senior royals.

Amidst rumors that Prince William and Kate Middleton's bullying tactics lead the Sussexes to their decision to quit the institution, the Duke and Duchess of Cambridge reportedly tried to save the exiting couple from a huge embarrassment.

During Monday's celebration of Commonwealth Day Service at Westminster Abbey -- behind the smiles, greetings, and power outfits -- there was a behind-the-scene tension that lead Meghan and Harry to be upset and emotional.

Before the celebration started, the 35-year-old Duke and 38-year-old Duchess learned that they would not be allowed to walk with the rest of the senior royals during the procession at the start of the service.

Instead of walking with Queen Elizabeth II, Prince Charles, Camilla, Prince William, and Kate Middleton, the protocol only allowed them to proceed on their seat alongside the Earl and Countess of Wessex. 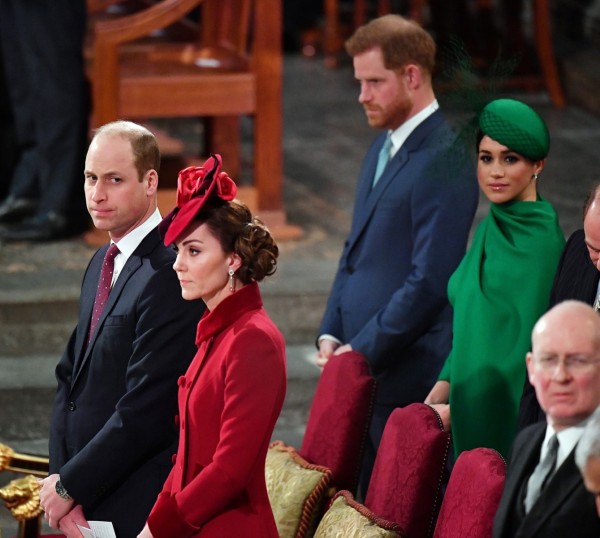 William and Kate Save the Day

To avoid further drama during Meghan and Harry's last and final royal duties, the Duke and Duchess of Cambridge reportedly tried to keep things cool by offering to break the protocol.

According to a Daily Mail report, the 37-year-old Prince William and 38-year-old Kate offered to make a last-minute change, skipping the procession and instead seat in front of the abbey just like Meghan and Harry.

However, William and Kate's attempt to avoid the drama was too late. Their suggestion came on Sunday when the 2,000 pieces of the order of services were already printed and signed off.

Prince William and Kate's failed attempt to defuse the tension lead to a slightly awkward situation when they went to their seats, which is just a few feet away from where Meghan and Harry are seated.

The sons of the late Diana, Princess of Wales, exchanged awkward hellos, while Meghan also awkwardly greeted William and Kate with a timid "hi" and "hello" and a wave. There was also very little interaction between the famous Royal Fab Four.

During last year's Commonwealth Day Service, the sisters-in-law greeted each other with a kiss on the cheeks, so the very reserved greeting shows how they have grown apart since the infamous "Megxit." 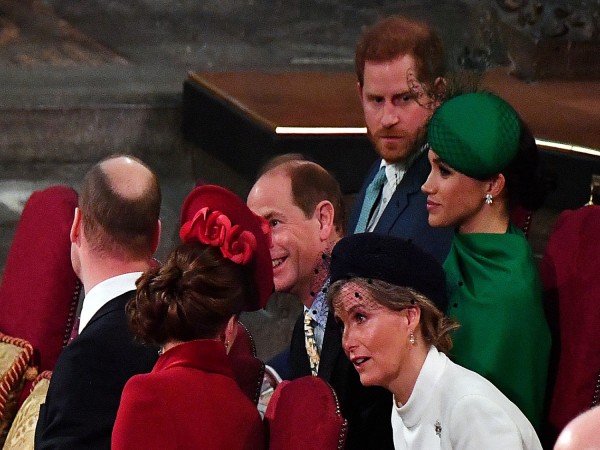 Many are also puzzled about why Meghan and Harry are assigned to seat behind Kate and William instead of sitting on the same line.

But the Sussexes' decision to quit the royal life has nothing to do with the seating arrangement, as their ranks on The Firm was the reason behind the seat plan.

William is third in line to the throne, next to their father Prince Charles, while Harry is sixth in line next to William's kids Prince George, Princess Charlotte and Prince Louis.