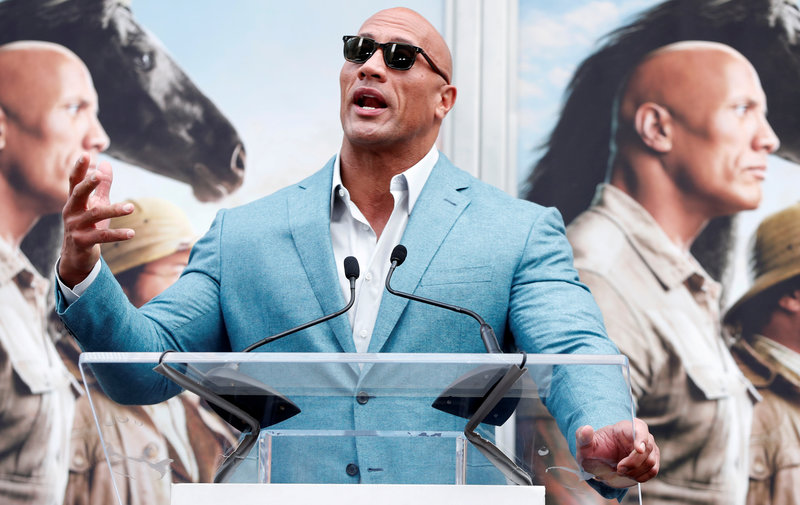 Fans might need to say goodbye to their previous favorite Captain Jack Sparrow and make way for Dwayne Johnson.

In October 2019, "The Jungle Cruise" first-ever trailer was shown at Disney's D23 Expo in August.

Earlier this week, Disney launched the second trailer of Jaume Collet-Serra's film -- the upcoming summer movie which they consider as the next "Pirates of the Caribbean."

What Made It Pirate-Like?

​Like Johnny Depp's 2003 film, Johnson's "Jungle Cruise" will make him the modern time's captain of a ship on a fantastical and supernatural voyage. He will play the character of a ship captain named Frank, who is on a mission to find a tree that has magical healing powers.

Johnson's character will be accompanied by the 37-year-old "A Quiet Place" actress Emily Blunt, who plays the role of a British scientist named Lily Houghton.

After the success of the Pirates of the Caribbean film franchise, Disney seems to be favoring ocean adventures.

In addition, the main character will also have his fake natives and animatronic animals.

This clever move by Disney will allow them to turn "The Jungle Cruise" into a trilogy, just like how they easily did it with the "Pirates of the Caribbean."

To add more spice to it, the Mouse House completed the film with great cast and team behind the movie to provide the right mix of adventure, comedy, and horror -- the three elements which Depp's films also had.

Put simple, the film looks like "Pirates of the Carribean" and "Jumanji" combined.

What Is The "Jungle Cruise" Ride?

For what it's worth, the "Jungle Cruise" is considered as one of the oldest amusement rides in the Disneyland park.

In 1956, Walt Disney said on his Disneyland TV show: "Ever since Disneyland Park opened, one of the most popular realms has been Adventureland. Most everyone has been impressed by and curious about the realism of Adventureland -- the lifelike animals, the authentic tropical settings."

This concept helped Disney's Imagineers and Johnson to come up with what the movie will look like. In fact, the teamletThe Rock see the original concept art from almost seven decades ago.

Just like its forthcoming movie, the attraction features a boat ride with its ever-famous captain touring them inside a human-made jungle. The boat travels past land and water animals such as crocodiles, piranhas, and monkeys, to name a few.

Of course, the eighth world wonder -- the infamous backside of water -- will also be seen in the movie.

While Disney's executives are still in talks about whether they will bring back Depp in the next installment of the "Pirates of the Caribbean" franchise, his fans offered support for Johnson first on his upcoming movie.

One fan said, "Ok. Admittedly I thought Pirates of the Caribbean would suck and I was wrong. I feel the same about Jungle Cruise, which probably means it'll be awesome."

"Jungle Cruise looks like Disney's Pirates replacement. Looking forward to it," another one wrote.